While there aren’t as many apps available for Symbian as there are for iOS and Android, I’ve always been able to find everything I need for my Symbian phones.

Here are the apps I like and use on the E6 that WOMWorld/Nokia has loaned me. All are free except for Gravity: 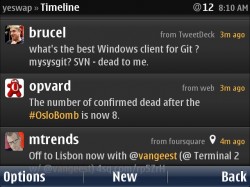 Gravity needs no introduction for most Symbian users. It’s a beautifully designed, highly intuitive and immensely powerful client for Twitter, Facebook, Identica and Foursquare. There’s rudimentary Google Reader support too but I prefer to use Google’s Nintendo Wii Reader webapp with Opera Mini for that. Gravity is the only non-free app on this list. It costs $9.99 but is well worth it. Gravity is available from the Ovi Store but last time I checked the version in the store was very old and missing many of the current one’s features. Get the latest version go to the author’s site at mobileways.de/latest/gravity-beta.sisx Gravity is updated frequently and updates are free to registered users. Follow Gravity’s author @janole on Twitter to get notified of the latest updates. 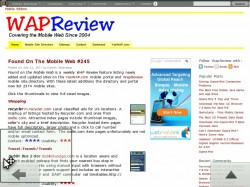 Opera Mobile 11.1 Although the latest Symbianbrowser is a huge improvement over its predecessors it lacks support for geo-location, offline storage and other HTML5 and CSS3 features needed by modern webapps. Even worse, it uses some incredibly tiny, hard to read fonts. Opera Mobile 11.1 is the perfect replacement for the built in browser.  It’s a full featured direct browser with support for the latest web standards. It uses sensible default font sizes and supports continuous zoom with text-reflow so readability is never an issue. The version of Opera Mobile in the Ovi Store is not always current so it’s better to get it direct from Opera at opera.com/mobile/download/ (PC) or m.opera.com (mobile) 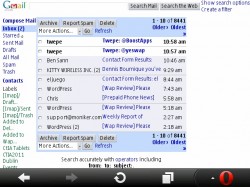 Opera Mini 6.1 is simply the fastest browser for any phone on any platform. It doesn’t have the HTML 5 support of its big brother and has some issues posting web forms but ts great for quickly loading and navigating even the largest desktop web pages. The latest Symbian version works perfectly on the E6 with all of Opera’s awesome one and two key shortcuts, like 6 = page down and #,5 for bookmarks mapped correctly. Get Opera Mini from m.opera.com (mobile) or opera.com/mobile/download/ (PC) as the version in the Ovi Store tends to be an old one. 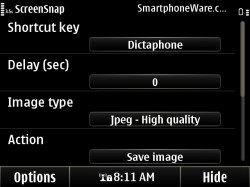 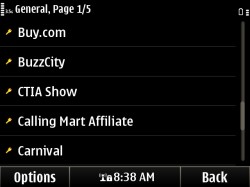 KeePassJ2ME – KeePass Password Safe is an open source secure password database and password generator. Originally a Windows PC only app, KeePass has been ported to Mac OS, Linux, the iPhone, Android, BlackBerry, UIQ3, Java ME, Windows Mobile and Windows Phone 7. I use it to store all my passwords on my Linux and Windows PCs and my Android and Symbian devices and Java feature phones. There’s no Symbian^3 or S60 version but the KeePassJ2ME Java port is touch friendly and works well on the E6. Get it from keepassj2me.sourceforge.net. 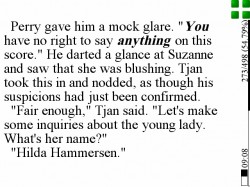 ZXReader is my favorite eBook Reader for Symbian. It’s a native Symbian app  with configuarble fonts, margins, justification, line spacing, background colors, background images and brightness.  There’s full text search and table of contents and bookmark support. ZX Reader uses books in FB2 format (ManyBooks.net is a good source for free eBooks in FB2 format). The ZX Reader site is in Russian. Google Translate works well on the site if you don’t understand Russian. The app itself supports English, just choose it when you are prompted during installation. Here’s a direct download link for the latest version of ZXReader:  zxstyles.allnokia.ru/download/zxreader/ZXReader_2.0.3.5th.signed.sis 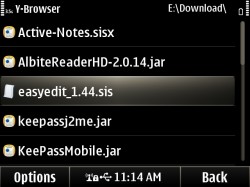 Y-Browser is a file explorer utility that lets you see much more of the Symbian file system than the built in file manager. It also supports sharing any file type using Bluetooth and has a built in file viewer. My favorite Y-Browser feature is that it lets you set up file assoctions so, for example, .txt files open in QuickOffice.  Y-Browser is available in a free self signed version from the developer’s site at drjukka.com/YBrowser.html.  There’s also a Symbian Signed version in the Ovi store for $1.99 that provides a few more capabilities like the ability to open Email attachments that are blocked by platform security with the self-signed version. 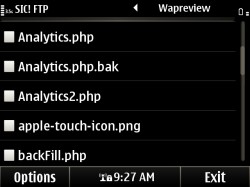 SiC! FTP – I like to have an FTP client on my phones in case something goes wrong with one of my Web servers while I’m out and about. It’s handy to be able to FTP into the server  to read the error logs and hopefully download and edit a file with QuickOffice to make a quick fix and get things working again.  Sic! FTP is a poweful FTP client that stores server address and ports, login credentials, default file paths and settings for multiple servers so that you can get connected with a couple of clicks. Written for S60 3rd edition four years ago and never updated this app works surprising well on the E6.  Download it from the publisher’s mobile site at www.content.ag/ftp.php using the Symbian browser. 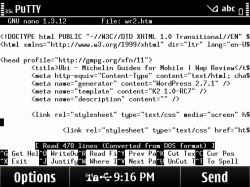 Symbian PuTTY Touch UI – This port of the popular open source PuTTY SSH client is another tool I use for low level work on broken Web servers. It provides secure shell access to Linux, Unix and Windows servers. There’s support for multiple server configurations including servers running SSH on non-standard ports. Down load Symbian PuTTY Touch UI  from the author’s site at http://bd.kicks-ass.net/koodaus/putty/. The one gripe I have with this app is that it uses fonts that are very small on the E6’s high pixel density screen. A partial fix for the font issue is to download the  Additional fonts for S60 third edition zip file from the non-Touch Symbian version of Putty’s site at http://s2putty.sourceforge.net/download.html. Extract and install the largest font file, putty_font_10x20_s60v3.sisx contained in the zip. The Symbian installer will warn you that the font file is incompatible but lets you install it anyway and it works with no issues. Even the 10×20 font is smaller than I’d like, but at least I can read it.

None of these apps are E6 specific. All will work on any Symbian^3 or 5th edition phone.  I didn’t list any games because I’m not much of a gamer and game preferences tend to be highly personal anyway.  There are thousands of games to choose from in the Ovi Store and many more on GetJar.com.