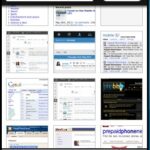 Today Opera Software released new versions of the Opera Mini Browser for feature phones with Java ME support and for BlackBerrys running OS 4.2.1 for latter. The new release adds several of frequntly requested features to Opera Mini’s download manager. The new features in the release are: Downloads can now be paused and resumed. You can even pause a download, exit Opera Mini and resume the download the next time you launch the browser. Smaller files (up to around 15 MB) … Continue reading → 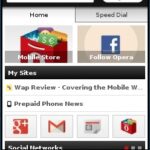 Opera Software has just announced the availability of version 7.0 of the Opera Mini browser for Java ME, BlackBerry and Symbian S60 second edition and latter including all Nokia Belle devices. Opera sent me a pre-release copy of the Java ME version earlier today. Here are my initial impressions. Opera Mini 7.0 is the release version of the Opera Mini Next Beta, that launched three months ago. It contains many bug fixes and stability improvements, but no new features compared with Opera Mini … Continue reading → 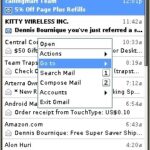 On November 22, 2011, Google discontinued support for mobile Java and BlackBerry versions of its Gmail app and removed the download links for these apps from their sites. The Gmail apps still work and are the best way I’ve found to access Gmail on non-touchscreen feature phones.  I haven’t used a BlackBerry in years but when I did I used the Google app because it worked better with Gmail than BlackBerry Mail did. As these apps still work I’m posting … Continue reading → 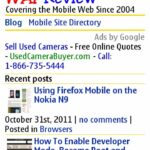 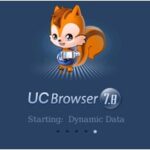 UC Mobile Ltd is on the verge of releasing their first version of the UC Browser for BlackBerrys. You can grab a copy of the release candidate at uctest.ucweb.com:9415/test/. The download page uses WML so you need to use your BlackBerry browser or another WML capable browser like Opera desktop or Opera Mini to be able to view it. There are separate download files for Blackberry OS 4.2+, 4.5+ and touchscreen OS 4.7+ BlackBerrys. I don’t have a BlackBerry anymore so … Continue reading → 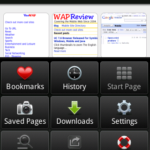 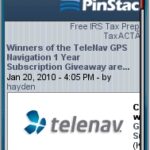 Pinstack, one of the oldest (founded 2004) and largest (over 300,000 registered members) BlackBerry user forums has changed it’s focus. Sometime in the last year or so the site gained Android, iPhone, Windows Mobile, Palm and other smartphone sub-forums and changed its byline from “Where BlackBerry professionals Connect!” to “Smartphone Professionals Alliance!”. PinStack has always been a very active and well run forum with many knowledgeable and active users, so as someone who is interested in all mobile platforms I … Continue reading → 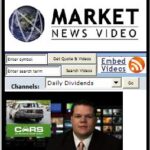 Market News Video on the web is a great site for investors, particularly in U.S. and Canadian markets. It hosts dozens of timely video reports including market summaries, company profiles and daily  upgrades, downgrades and dividend reports. Videos are updated throughout the day. They are  average a minute in a half in length. Production values are first rate and the clips are interesting and informative. There is text reportage too if video is not your thing. The mobile site, which … Continue reading →