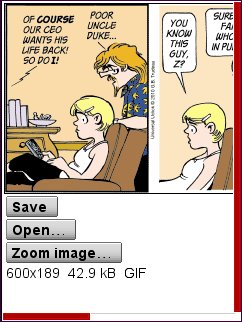 Found on the Mobile Web is a weekly WAP Review feature listing newly added and updated sites on the YesWAP.com mobile portal and WapReview mobile site directory. With these latest additions the directory and portal now list 2263 mobile sites.

Hundreds of popular newspaper comic strips including Doonesbury, Garfield and Calvin and Hobbs as well as editorial comics from Pat Oliphant, Dan Wasserman and others plus a large selection of comics en Español.

Both current and previous days strips are available. The site is designed for the iPhone and other smartphones with large screens  The strips are too small to read in the N95’s Nokia browser but work well in Opera Mini which lets you the images in their original sizes. Source: Taptu Touch Web Report (PDF)
Content: 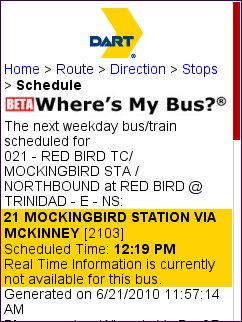 Urban Dict www.urbandictionary.com/iphone Look up crowd sourced definitions of slang words and phrases with this version of the Urban Dictionary designed for the iPhone and other touch smartphones. Javascript dependencies and page sizes over 200 KB make the site unusable on feature phones.
Content: 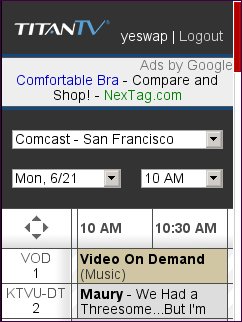 TitanTV m.titantv.com Television program listing and guide. The program grids are well designed and look good on most phones.

However the mobile version of TitanTV isn’t usable without a PC as it requires an account that can only be set up on the desktop site at www.titantv.com. Even after you have an account you can’t change the listings to a different city or timezone without using the desktop site.

Mobile sites that require you to use a PC to setup effectively discourage anyone who discovers the site while browsing on the phone from using it. Not to mention that there are many mobile web users who don’t have a computer.
Content: 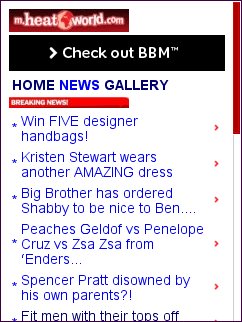 Launched in 2007, The Grid is now one of the top 10 mobile sites in South Africa according to Nielsen. In addition to the mobile site, The Grid also offers a Java ME app, desktop site and a Facebook app. Click here to watch a slick video demo of  The Grid.
Content: 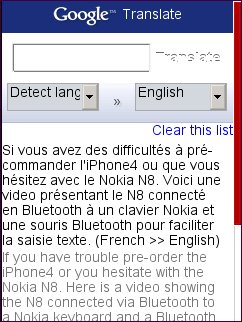 Built using ElForro’s iPhone skin for vBulletin, the site works well in the iPhone, Android and WebOS browsers and is usable with Opera Mini, Bolt and the Symbian 3rd and 5th edition browsers. Pages average 100 KB in size and JavaScript is required in order to open navigation links.
Content: 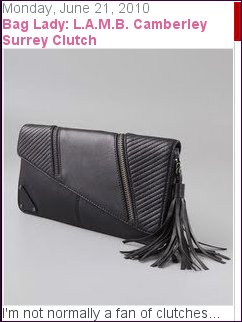 TweetGo www.tweetgo.net A new “touch web” optimized Twitter client. While I like the attractive dark theme, on my Android phones (Sapphire and Evo) text doesn’t wrap properly and horizontal scrolling is required unless I zoom out to a point where the text is unreadably tiny. This even happens on the Evo’s 480 px wide screen! I’m guessing that TweetGo only works well on the iPhone.
Content: