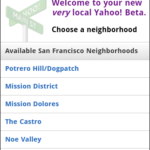 Like AOL with Patch, Yahoo is getting into the local news business.  The portal site has launched a Beta of the new Yahoo Local at beta.local.yahoo.com. The old local.yahoo.com was focused on local business search and events listings.  The Beta banishes search and focuses on news, events (including movie listings) and deals. Unlike Patch, which hires a full time local editor in each community, Yahoo seems to be relying on RSS feeds and individual user contributions for its local news. … Continue reading → 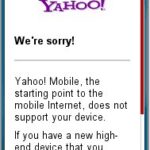 Yahoo Mail is the biggest webmail provider in the world and its portal is one of the top web destinations. Yahoo is also the market leader in mobile webmail.  Unfortuanately, I’ve been seeing some intermittent issues with Yahoo on mobile lately including: “Connection closed by remote server” messages An infinite login loop: After entering  my ID and password  and clicking the “Sign In” button, the login page reloads rather than taking me to my account.  There’s no error message, the … Continue reading → 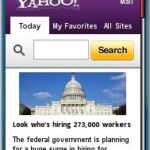 It looks like Yahoo quietly slipped out an update to the “smartphone” version their mobile web portal yesterday. This is the slick, customizable variant of mobile Yahoo that lets your create a personal portal containing your favorite RSS feeds, Yahoo News categories, an unlimited number of stock quotes, local weather and movie times, Y!Mail, Gmail, Hotmail or AOL Mail inboxes and  live status updates from your Flickr, Twitter, Facebook and other social network accounts. Yesterday’s update is pretty substantial.  It’s … Continue reading → 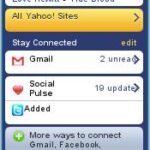 It looks like Yahoo is slowly replacing their legacy mobile web portal with the greatly enhanced  one that they announced at MWC and which I reviewed a Beta of in April.  According to a press release issued today users with supported handsets in Singapore, Malaysia, Taiwan, Australia, Mexico, Brazil, Argentina, Spain and Italy should be seeing the updated site. The April Beta was launched in the U.S., Canada, the U.K., Germany, France, India, Indonesia and the Philippines. Today’s additions bring … Continue reading → 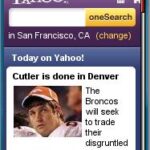 Today at CTIA, Yahoo announced the availability of the new Yahoo Mobile.  It comes in the form of an iPhone app and as a mobile web site at new.m.yahoo.com. I’ve been playing with the web based version a bit and it’s pretty nice already and should be great once a few opening day bugs are ironed out. Yahoo Mobile is a very flexible and open web portal which allows you to add virtually any sort of content, including third party … Continue reading → 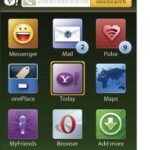 I’m at CTIA in San Francisco today.  Just attended the keynote and Yahoo press conference. Yahoo made a couple of big announcements at the keynote today. OneConnect is live, only on the iPhone so far, but Java, S60 and Windows Mobile support is coming by year end. The Blueprint widget platform has been extended with runtimes that support creating stand alone mobile applications and mobile websites using the same Blueprint markup language as Yahoo Mobile widgets. The apps are free standing.  … Continue reading → 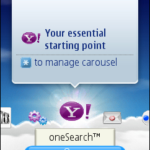 I finally got a chance to play with the new mobile widgets that Yahoo released Monday. I tried Yahoo! Go 3.0 and the revamped Yahoo mobile portal both of which are completely widget based. Users can add and remove widgets, which include Yahoo stalwarts like Mail, News, Finance, etc. as well as the first few examples of third party content. Eventually any developer will be able to submit to widgets to the Widget Gallery but for now there are just … Continue reading →