It’s CTIA time and lately that seems to mean mobile browser release time too. Earlier today BitStream launched Bolt 3.0 for Android at CTIA (review).  Now comes word from Opera that both Opera Mini and Opera Mobile for Android have been upgraded. 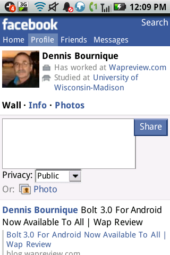 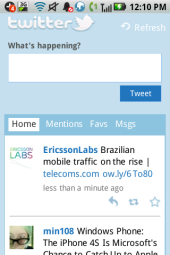 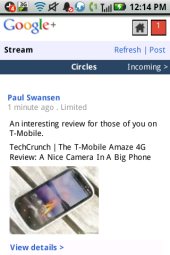 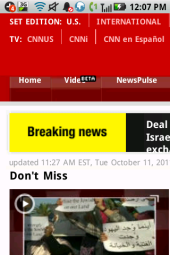 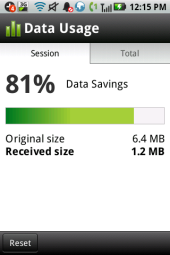 The new Opera Mini is version 6.5 (images above) which is currently only available for Android.  Its most noticible new  feature is a data monitor that shows exactlly how much data you have used and how much your data consumption was reduced by Opera’s server side compression and optimization.

Other changes and fixes in 6.5 include:

I tried out Opera Mini 6.5  on a Motorola i1 running Andoid 1.5.  It performed flawlessly on this low-spec phone. I was able to open a different desktop web page in each of six tabs with no apparent degradation in Opera Mini’s responsiveness or stability. 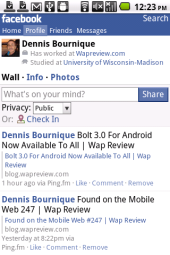 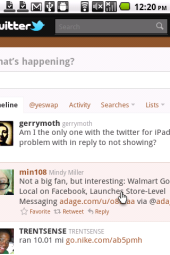 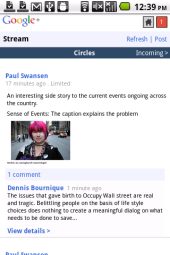 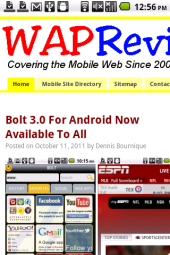 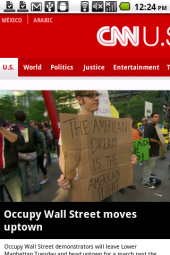 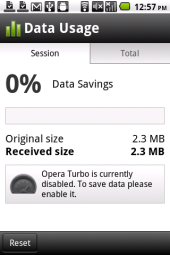 The new Opera Mobile is version 11.5. It also has a data monitor that shows data consumed and data saved if you enable Opera Turbo, which compresses images and pages on an Opera server before sending them to the browser. Other changes in this release:

Opera mobile 11.5 requires Android 1.6 or latter. I tried it on an HTC Magic running Froyo (2.2). This phone has very limited RAM (about 30 MB free at start up). Opera Mobile surprisingly ran well and loaded every page I tried  on this memory starved phone. I was even able load up to five pages at once before the browser showed signs of stress (it didn’t crash or lock up but the history and bookmark menus would no longer open). Five tabs is a big improvement over the previous 11.1 version of Opera Mobile on the Magic where going beyond two tabs would generally crash the browser.   I suspect  that moving the browser cache to the memory card is what made the difference.

Both Opera Mini 6.5 and Opera Mobile 11.5 represent significant improvements over their predecessors and are well worth upgrading to. Both browsers can be found in the Android Market. For Android users without Market access their are direct download links at opera.com/mobile/download/versions/.