I’ve been having a lot of fun exploring the Samsung Wave Bada phone that I got at the Bada Devloper Day last week. I continue to be impressed with many aspects of the phone, especially the gorgeous Super AMOLED screen and great build quality. Except for the plastic end caps, the phone is all metal, including the battery cover. Plus it’s stable (no crashes yet), the UI is snappy and the battery lasts a couple of days on standby. 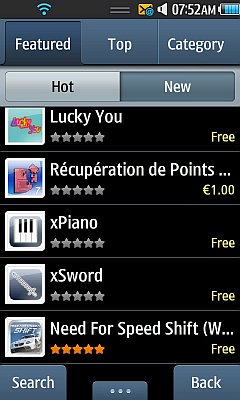 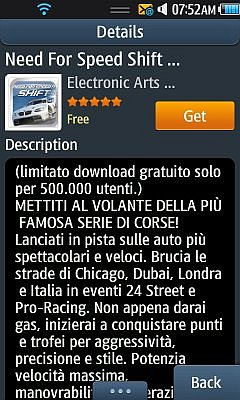 There are a couple of things that bug me about the phone though. One is the tiny fonts and lack of text reflow in the browser that makes many desktop sites unusable. The other issue is that because I’m in the US which is an un-supported country, I can’t use the Samsung Apps app store on the device or on the web. If  I launch Samsing Apps on the phone, all I get is a screen that says “No data”. Samsungapps.com tells me that “This service is not available in your country”.

Of course I really wanted to see what Samsung Apps looks like and sample what’s available on the Bada platform. I suspected that the phone is just checking the SIM’s country code so I popped an old expired Wind Italy prepaid SIM in the phone , connected with WiFi and Samsung Apps opened.  Some of the menus and app descriptions were in Italian but it wasn’t hard to figure out.  A Spanish Yoigo SIM also worked.

Samsung Apps looks really good especially considering that it’s brand new. The user interface reminds me a little of the Android Market but with better performance and a simpler interface. The incremental search is slick. I was looking for Electronic Arts’  Need For Speed Shift, which Samsung is offering for free to the first 500,000 downloaders.  I hit search and started typing.  By the time I got to the second letter “ne” the title poped up without my having to touch the search button. Downloading is simply a matter of tapping the “Get” button, there are no annoying security warnings or confirmation dialogs! I counted just under 400 apps currently available in the Spanish Market. 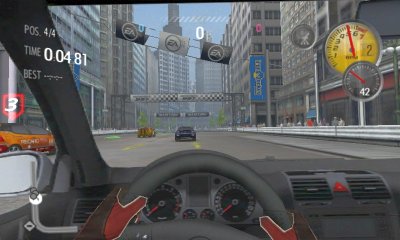 Oh, and  Need For Speed Shift is a pretty awesome game. It’s an auto racing game obviously, you steer by tilting the phone and brake by taping the screen. It’s a lot of fun and something you can get right into without much of a learning curve. The Bada version looks like a direct port of the iPhone version but with punchier graphics compared to the iPhone 3GS, thanks to the Wave’s brilliant screen.

One thought on “How to Download Bada Apps in the US”