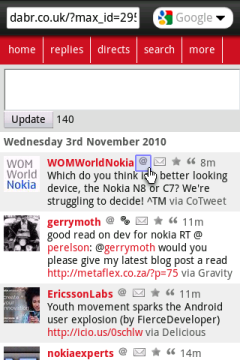 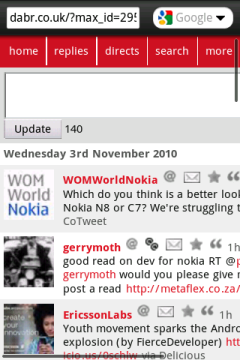 Opera released an update to the Opera Mini 5.1 client for Android last week. It’s version 5.1.22460 and according to Opera changes include: 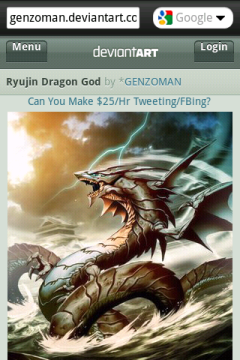 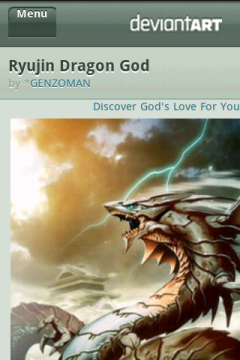 I installed the update on a T-Mobile MyTouch 3G (HTC Shaphire). Unfortunately the new release seems to have some problems, at least on this older HVGA device. I noticed that:

All the screen shots were done with the same settings for both browsers; high image quality, medium font size and desktop view.  I’m don’t know if the issues I’m seeing are specific to the HTC Shaphire or the HVGA screen sizes or  if they affect all Android models. It you are running Opera Mini on an Android phone and you are happy with it, I recommend not upgrading at this time.  It you do decide to install the upgrade, be sure to make a backup of Opera Mini first.  There are many free apps in the Android Market that can backup  apps. The one I use is called AppMonster. 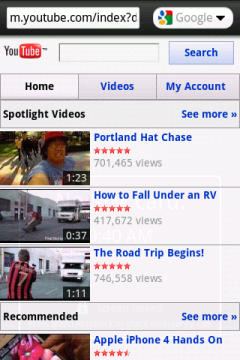 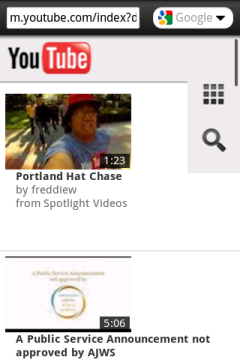 I’m a huge fan of Opera Mini and use it as my primary browser on all my phones including Android device.  I don’t know what went wrong with this update but I’d sure like to roll it back.  I though I had  a backup of the previous 5.1.21126 version but it seems that I never actually backed it up. I’d appreciate if anyone could point me to a link to the previous version so can revert to it and post it here for others to use. 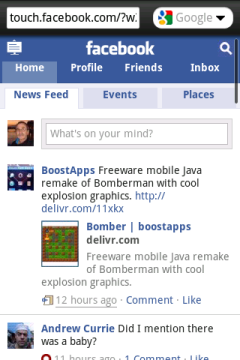 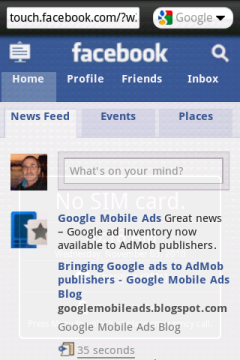 In other Opera for Android news, the release of Opera Mobile for the Google OS is getting closer. On October 13th, Opera announced that it would be coming “with in a month”. Today Opera launched an Opera Mobile for Android related  contest for the best Opera Mobile Android wallpaper with a Samsung Galaxy S Android phone as the prize.  You have a “at least a week” to submit your entries which seems to reinforce that the new Opera Mobile browser will appear sometime between the 10th and 12th of this month.