Launched today ScientiaMobile sells and supports commercial APIs and tools based around WURFL, the Wireless Universal Resource File. For those who are really new to the mobile web game, an explanation is due. The remaining 99%, already know that WURFL is the de-facto standard DDR (Device Description Repository), i.e. the open-source framework which lets developers map HTTP requests to the device profile for the device which requested the page. With WURFL, you can easily learn what browser is in use via a set of properties which describe the features of the device and the browser. For over 10 years, WURFL has proven to be an incredibly useful resource for companies which intend to make content and services available on the widest possible range of mobile devices. WURFL is used by mobile operators and many large web publishers including Facebook. 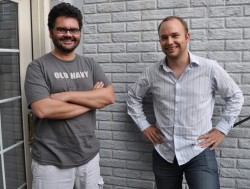 Having known WURFL and Luca Passani, the WURFL inventor, for quite some time, I wondered who was behind the initiative. I was pleasantly surprised to discover that not only is Luca behind ScientiaMobile, but also Steve Kamerman, creator of the respected Tera-WURFL PHP library which uses a database backend to store WURFL data and cache the results of device detections. I reached out to Luca and Steve and asked them a few questions about their new venture:

Q: Guys, what’s the driver of the initiative?

Steve: there is actually more than one reason for the creation of ScientiaMobile. WURFL has always been popular, but over the years an increasing number of companies have inquired about commercial support for WURFL, which was not available. Offering such support would require a couple of things: A company that owned 100% of the WURFL “Intellectual Property” and a fully dedicated team providing SLAs to customers. Until today, we have been focused on our respective projects, with WURFL sort of relegated to a side-activity. This is what we are adding with the creation of ScientiaMobile.

Luca: That’s right. But there is more to it. One may think that the growth of the community will make it easier to support the project. This is certainly true in some ways, but not so true in others. The fact is that mobile projects tend to be one-off and very different from one another. For this reason, a developer’s contribution cannot always be applied as-is. The intervention of someone knowledgeable who organizes, manages and verifies the quality of contributions is required. But this takes time and resources. Purely open-source and free WURFL is not structured to work that way. With ScientiaMobile, we are killing two birds with one stone. We are going to have the resources to maintain a fully dedicated team, while preserving the Open-Source dimension of the project.

Q: So, are you telling me that WURFL will stay open and open-source?

Luca: the short answer is yes. WURFL will stay open. The longer answer is that we will keep releasing public snapshots of the WURFL data which everyone can download from the WURFL website free of charge. As far as the APIs are concerned, we have moved the standard APIs from the venerable GPL v2 to the Affero GPL, aka AGPL Version 3. The idea is that this new license will be an incentive for commercial users to acquire a commercial license to avoid the strong copyleft nature of AGPL.

Q: I am familiar with GPL, but can you expand on the idea of AGPL?

Luca: The copyleft clause of GPL triggers when an application is distributed outside of company boundaries. The GPL license was created at a time when the web did not exist, let alone the possibility to use applications remotely through a web browser. Because of this, companies could deploy GPL code commercially on a web server without betraying the letter, but arguably betraying the spirit, of the GPL. This is called the ASP loophole. When someone asked Richard Stallman (RMS, the author of GPL in 1989) his opinion about the ASP loophole, his reaction was “if you use software through the web, you are crazy!”. This position was certainly coherent with the Free Software philosophy, but not even Richard could afford to look at the reality of the world. Using applications through the web is what everyone is doing. And they will be doing more and more of it. This is the context in which Affero was designed. The basic idea is that making AGPL software available through a web server constitutes distribution, and this is enough to trigger the strong copyleft provisions. In other words, all of the software that links to the AGPL library must also be released with a compatible Open-Source license.

Steve: Of course, commercial companies are unlikely to be happy with this. But that’s where ScientiaMobile gets into the picture. We are positioned to offer commercial licences under a classic dual licensing scheme. In GNU parlance, this is called selling and buying a GPL exception.

Q: Do you think companies will pay the license price? Also, what about other WURFL APIs around?

Luca: I think companies will pay, because I honestly believe that we are very reasonably priced, as compared to the value we provide. Also, while the data is free, it takes a substantial investment to maintain it on a regular basis. Companies will see this and understand that the price of the license also covers the price of the data to a large extent, and the fact that non-profit organizations may be benefiting free of charge, should not be an excuse to try and do the same.

Steve: As far as “rogue” APIs go, they have always been there. Luca has repeated this multiple times over the years. Those who go for a non-standard API, cannot expect any kind of support in terms of how the data is represented or being fit for a certain purpose. This has always made sense to me. For this reason, I always kept the Tera-WURFL API aligned with the Standard API.

Q: I think I got it. What other services are you offering?

Steve: Tera-WURFL enjoyed some success in the enterprise. Some system architects are skeptical of architectures without a DB in charge of safeguarding the data. This is the idea that we are bringing to the next level with WURFL Cloud, .i.e. accessing a central WURFL with a RESTful API. Companies will be able to subscribe to a central service which provides constantly updated WURFL data through a web API. This means that companies will no longer need to update WURFL on a regular basis. They can pay a subscription fee and get their servers to talk to our servers.

Luca: That’s right. In addition to this, we are building some online tools which will allow users to manage their patch files and always be in sync with the big WURFL. Such a tool will be interesting to operators who want to maintain their device portfolio in particularly good shape while taking advantage of the bigger WURFL for serving everything else. This tool will also enable more frequent exports of WURFL data than the public releases.

Q: Which one of you is going to be the company CEO?

Luca: Neither. The company CEO is Krishna Guda. Krish is a former colleague from my Openwave times and a kick-ass business man. He will lead the companies to heights which we nerds can only dream of.

Q. What is the pricing for the comercial license

Luca: A single license will be $1500. OEM license pricing depends on the number of customers that the licensee is serving. Of course, volume means lower average price (tiered pricing).

Q: Well, great! It seems that you got everything pretty much figured out. Good luck for the future. After so many years doing WURFL, I think you guys deserve to succeed.

Luca and Steve: Thank you and thank you for the opportunity to present ScientiaMobile.

One thought on “ScientiaMobile Launched: WURFL has Graduated”