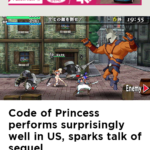 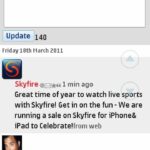 Funmin is a new mobile online game site featuring a dozen games.  There are puzzle, math and board games including Sudoku and Samegame (mis-labeled as Bejeweled). Funmin calls them Android and iPhone games. I tried the so-called Bejeweled in the Android 1.5 and 2.2 browsers and it worked well in both. So then I tried it in the bada and WebOS browsers and with the Symbian Anna and Opera Mobile 11.1 browsers on my Nokia N8 and it looked good and was playable in all.  I … Continue reading → 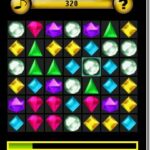 If you have a Nokia Symbian S60 3rd or 5th edition phone  you’ve got to try apps.cellz.in/crack/ It’s a game called “Crack IT!“, a  faithful reimplementation of the classic Bejeweled game in HTML and JavaScript that runs entirely in the browser. Playability is excellent on my N95 and there are even game sounds and animated hints showing you potential moves. I had no idea that the much maligned Nokia webkit browser was capable of such a sophisticated user interface and … Continue reading → 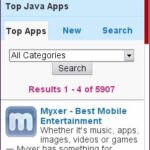 This post, which was originally published in October 2007, is consistently one of the most popular on WapReview and as such gets updated periodically to remove sites that are no longer working  and to include the best new ones. Last Update: 31-Dec-2011 Mobile pundits are starting to talk about the death of  Java ME.  Oracle, which owns the Java brand, isn’t doing much to reassure developers of mobile Java’s viability. But Java ME is still the biggest mobile app platform … Continue reading →

ArchBattle.com has released a mobile web client for their massively multiplayer online role-playing game (MMORPG). The medieval fantasy empire building game, which has been around for several years and seems quite popular, is entirely browser based. It’s ad-supported and is free to play. although there is a paid “supporter” option at $3.95/month that lets you customize your avatar but doesn’t confer any competitive advantages in the game world. To succeed in ArchBattle you need to manage your empire’s resources of … Continue reading → 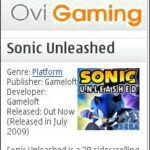 For many years AllAboutSymbian.com’s sister site, All About N-Gage has been the best place to find in-depth, honest reviews of the latest N-Gage games and news about the platform. A couple of months ago All About N-Gage was relaunched as OviGaming. About the time of the re-branding, the mobile version of All About N-Gage more or less stopped working. The front page still loaded but all links led to an error page. I’m sure the mobile site breakage was unintentional … Continue reading → 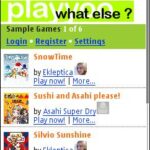 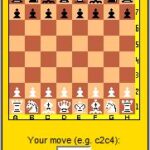 I just discovered a nice mobile site that lets you play computer chess on just about any phone with a mobile browser. It’s called Caramba! and the URL is m.mountmobile.com. When you vist the site it displays a chessboard and prompts you for your move.  Moves are entered using a simplfied form of chess notation  where you specify the from: file and row followed by the to: file and row.  For example “c2c4” means move the piece on file c, row 2 … Continue reading →