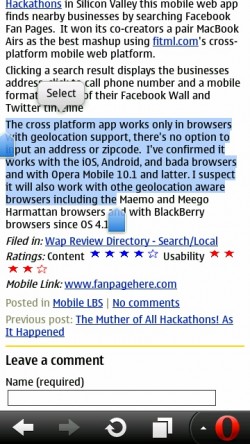 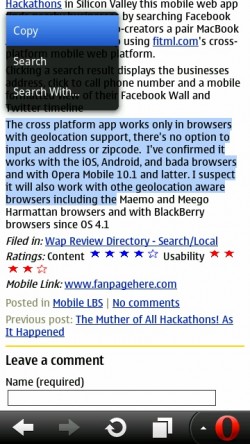 Other new features in both Opera Mini and Mobile include: 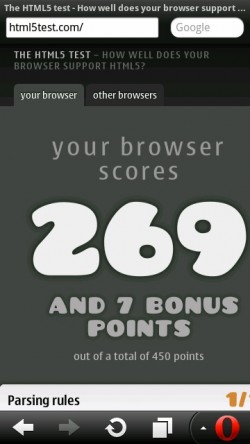 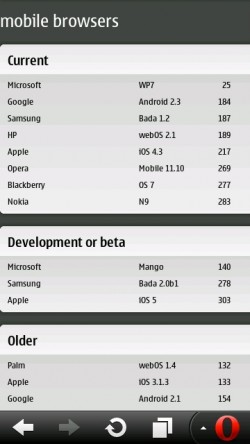 There are many other new features and bug fixes in both Opera browsers. The Opera Mini and Opera Mobile Blogs have comprehensive platform by platform change ists.

A word of warning for Cyanogenmod 7 ROM users.  There are multiple reports Opera Mini 6.1 using a very ugly mono-spaced font with CM7.  Opera is aware of the issue so a fix is hopefully forthcoming. As far as I know this only affects CM7.  I have no font issues with Opera Mini 6.1 on my HTC Magic running Cyanogenmod 5.0.8.  If you’re running CM7 you probably want to either hold off updating until a fix is released or at least backup your copy of Opera Mini 6.0 before updating so you can restore it if needed. Actually, it’s a good idea to back up the current version of any Android app before updating. I’ve been burned too many times by updates that were broken or had reduced functionality.

Except for CM7 users, both the the new Opera releases are highly recomended. The new text selection UI is a huge improvement on touch-only (no dPad or trackball) devices like the Nokia N8 and most recent Android phones.