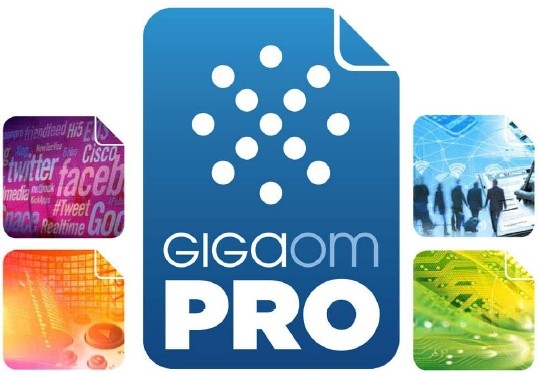 GigaOM’s two day Mobilize conference kicks off today here in San Francisco.  It’s sold out but can watch a live video stream at event.gigaom.com/mobilize/video/. I had planned to attend Mobilize but was called for jury duty and will probably miss most of it.

On the eve of the event GigaOm has released a 119 page report titled The Future Of Mobile in which 11 GigaOm Pro analysts call out mobile trends and identify areas of mobile that are poised for growth.

According to GigaOm, areas of potential growth for mobile include cloud services, connected devices (the Internet of things), health care, SoLoMo (social location mobile), hyper local targeting, and  payments.  Other topics of the report include which smartphone and tablet platforms will dominate in the years ahead, trends and technological changes in mobile backhaul and the future of mobile advertising.

Kerton argues that historically smartphone OS’s tend to have a six year life cycle,  after that a platform gets stagnant and at risk of being supplanted  by something new and fresh.  He also suggests that having a small tightly integrated dev team is a key factor in developing a great mobile platform. Apple iOS was created by under 100 engineers and the original BlackBerry, Android and Windows  Phone design and development teams  were also all relatively small.

Looking ahead Kerton sees iOS and Android remaining dominant for the “foreseeable future”. Among other players, Microsoft’s deep pockets combined with Nokia’s distribution network should insure that Windows Phone’s market share will grow. RIM still has a chance of success with QNX but only if it can deliver impressive QNX smartphones soon. He calls bada and BREW “near-smartphone” platforms and expects them to find a significant niche in developing markets.  He feels that the existence of two strong, established platforms and several well funded contenders combined with the current litigious climate make it unlikely that anyone else will successfully launch a new smartphone platform.

In his piece, Colin Gibbs looks at the tablet market. He predicts that, at least through 2013, Apple will continue to dominate.  He suggests that Apple should launch a lower priced 7″ iPad to compete head on with Amazon’s soon to be released tablet. However, lower priced Android tablets and a proliferation of tablet optimized Android apps will let Android catch up with Apple in 2014 and eventually surpass it in market share.

Echoing Kerton’s take on smartphones, Gibbs sees RIM’s QNX and Microsoft’s Windows 8 as the only other tablet platforms with any chance of  success. He says that for RIM to succeed its tablets must be fully functional without requiring pairing with a BlackBerry phone as they do now. Saying Windows 8 tablets are coming very late to market, he thinks their primary adoption will be in the enterprise.

Saying no “serious” company is likely to invest much in WebOS, Gibbs suggests that the platform’s only chance of survival would be if HP open sourced it and hardware makers adopted it.

I’ve only scratched the surface of the Future of Mobile report. It’s a thought proving document that everyone working with mobile should find interesting. You can download the PDF report at pro.gigaom.com/2011/09/the-future-of-mobile-a-segment-analysis-by-gigaom-pro (subscription required – free trial subscription available).

One thought on “The Future of Mobile From GigaOM Pro”