I had to send the N9 back to NokiaConnects on Friday as my two week trial was up. Before returning the phone I installed Firefox Mobile on the N9 and created this video showing the installation process and Firefox mobile running on the device.

Firefox Mobile on MeeGo/Harmattan is not an official release from Mozilla. Luckily for us a developer named shmerl has packaged the latest Firefox Mobile nightly build for Harmattan and posted a link to it on forum.meego.com.

Here’s how to install Firefox mobile on your N9 or N950.

Download Shmerl’s latest build.  You can find it on his  download server at shmerl.freeshell.net/dev/fennec/meego_harmattan/nightly/ or at My-Meego.com. The version I downloaded was labeled as 9.0 but I see that there is now a new 10.0 release available which includes a fix for a sync bug.  You can follow the progress of Firefox for Harmattan and find installation and configuration tips, changelogs and announcements of new releases in this forum-meego.com thread.

Installing Firefox mobile using the N9 browser doesn’t work.  It looks like the download server is using the wrong mime type causing the browser to display the binary file as text gobbledygook with no way to save it. You have to download Firefox to a PC and copy the file to the N9 using a cable and the phone’s USB mass storage mode.

By default Harmattan only allows apps to be installed from the Nokia Store.  To allow installing apps from the file system: Open Settings, go to “Applications”, tap “Installations” and tap “Allow installations from non-store sources” to enable it

Once the file is on the device fire up a file manager. The N9 doesn’t come with one, I used the free File Mangaer Beta from the Nokia Store. Navigate to the folder where you saved the Firefox Mobile .deb file and tap the filename to install.

I found Firefox Mobile was stable on the N9 with competivite page loading speed and rendering. Its best features are support for the thousands of Firefox Mobile Add-ons and also Firefox Sync, which keeps your bookmarks, history, passwords and open tabs synchronized with Firefox on all your PCs and phones.  I can live with the quirky Firefox Mobile UI, although I don’t see that it has any advantages over a typical tab and menu driver browser interface. But I’m disappointed that Firefox Mobile doesn’t reflow text after zooming. 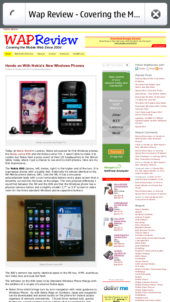 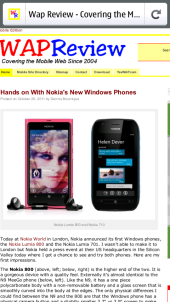 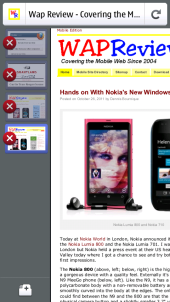 Using the N9 was a great experience, I will definitely miss it.  The N9’s hardware is nice but what really sets it apart is the Linux based MeeGo/Harmattan OS’s openness, powerful multitasking and the Swipe user interface. Swipe is the first really great new mobile UI I’ve seen since the original iPhone. To me the N9 heralds the return of Nokia’s design and engineering excellence after the stumbles of the last few years. I’m very disappointed in Nokia’s decision to end MeeGo development and limit the N9’s distribution to relatively few countries. 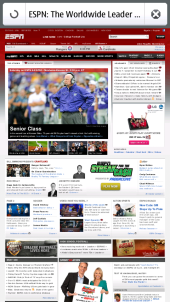 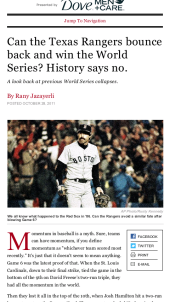 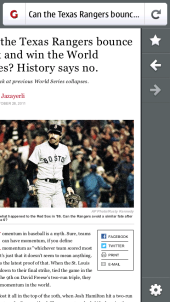 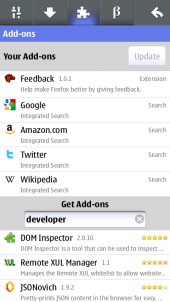 This entry was posted in Browsers and tagged Firefox Mobile, Meego/Harmattan, Nokia N9 by Dennis Bournique. Bookmark the permalink.

2 thoughts on “Using Firefox Mobile on the Nokia N9”