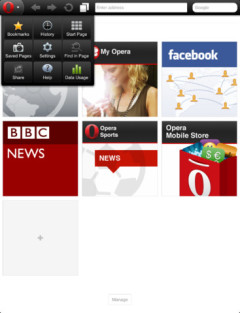 Opera Software released a new version of Opera Mini for iOS today. It’s version 7.0.2 and it fixes the issue with the 3rd generation iPad where the browser toolbar and other UI elements were too small to be usable. This update finally brings Opera’s server assisted technology, which reduces data consumption by about 80% and greatly speeds up browsing on slow networks, to the new iPad.

Even if you don’t own a 3rd gen iPad, there are some other new features and bug fixes for in this release for all iOS devices. According to the changelog, there’s;

Opera Mini 7.0.2 for iOS is available now in the iTunes App Store.