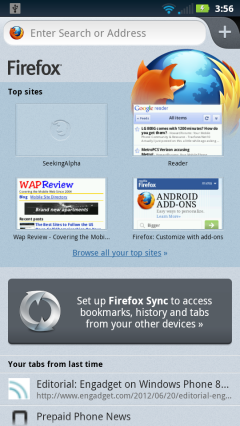 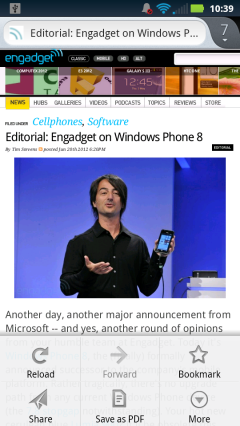 I hadn’t used Firefox Mobile in a while because I didn’t have a phone that met the browser’s minimum hardware requirements. But now that I have a Motorola Photon with the requisite ARM v7 CPU, I downloaded the Firefox Beta (v 14.0) and was surprised to see an attractive new user interface (images above). The redesigned UI is only in the Firefox Beta, which is available in the Play Store, or a recent Firefox Nightly. The old swipe interface is still used in the latest non-Beta Firefox Mobile release (v 10.0.5). 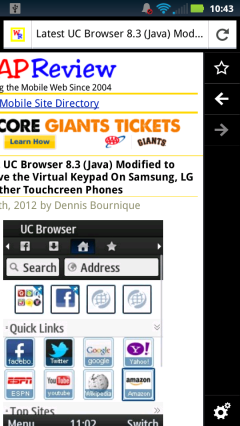 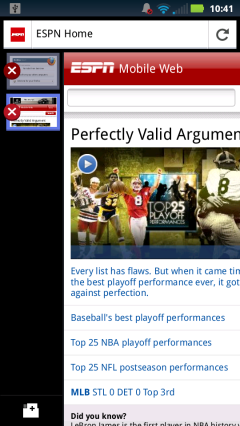 Firefox Mobile (originally called Fennec) has been under continuous development since at least 2009. One thing that’s remained largely unchanged until now was its innovative but quirky user interface. Long before Nokia’s Harmattan Swipe interface, Firefox used swipe gestures. Swiping the screen left would reveal the forward, back and add bookmark buttons along with a button to open the Settings screen (image above, left). Swiping right exposed the tabs menu (image above, right). The design faced some pretty severe criticism. But I always found it usable, although it was hard to how side sliding to open menus added any value to the user experience.

The new UI replaces the swipable side menus with a more traditional design. The changes include: 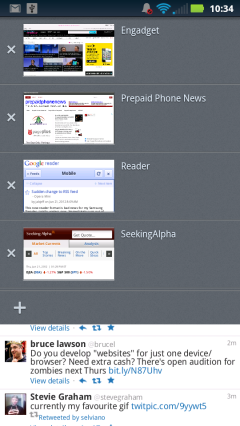 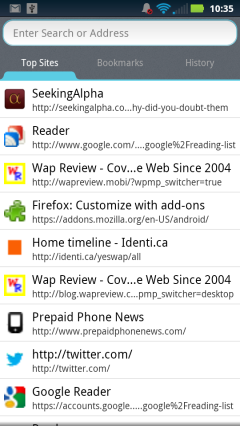 I consider the new UI an improvement overall. It’s better looking and much more intuitive for new users. I’ve always liked Firefox’s Awesome Page, which puts bookmarks and history front and center rather than buried in a menu somewhere as they are in most mobile browsers.

I have no complaints about the performance and rendering of any of the recent Firefox Android versions. Firefox’s plugin and bookmarklet support is as powerful and well integrated in the Beta as ever. The current Beta seems stable but is missing full screen mode and the ability to copy text from a web page, both of which the 10.0.5 release version has. I imagine both features will be added before final release of the new UI. The latest 16.0a1 Nightly build already does have text copy, althogh it doesn’t work very well.

I’m a little disapointed that my pet peeve about Firefox Mobile, that lines of text don’t reflow to fit the viewport after pinch zooming, is still there in the Beta. The Beta does seem to do a better job of displaying text at a readable size than previous versions and there’s a new “Text size” menu option that lets you choose between five sizes of text. But text resize is a global rather than page specific setting that’s three taps down in the menu tree. Plus you have to refresh the page before the text size actually changes. The way text reflows to fit the screen width after every zoom in both the Android browser and Opera Mobile is so much more convenient. Mozilla continues to make slow but steady improvements in Firefox Mobile, here’s hoping that Android style text reflow after zooming is coming in a future release. 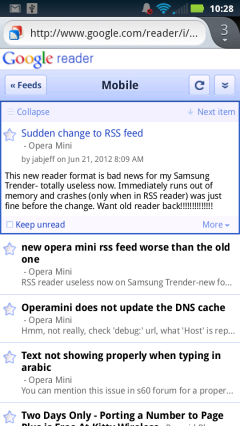 2 thoughts on “Firefox Mobile Is Getting a New UI”