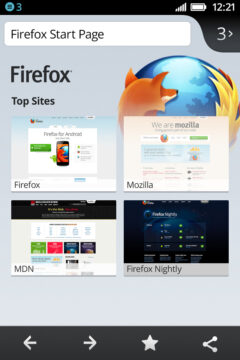 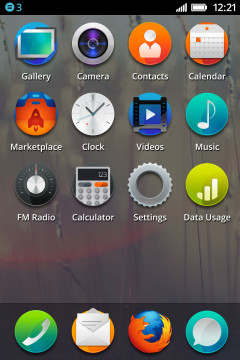 At yesterday’s Mobile 2.0 conference in San Francisco, Mozilla and Telefónica did a presentation of the soon to be released Firefox OS. Formerly known as Boot 2 Gecko (B2G), Firefox OS is a smartphone operating system optimized for relatively low end hardware and targeted at customers in developing economies.

The Firefox OS architecture is relatively simple. It consists of the Mozilla Gecko layout engine and JIT JavaScript compiler running directly on a hardware abstraction layer sitting on top of a generic Linux kernel. The kernel used is “very similar” to the Android kernel to make it easy for OEMs to port the OS to existing hardware designs. The hardware abstraction layer gives Gecko and JavaScript hooks into low level phone pieces, including sensors and the display frame buffer and telephony stack. This has made it possible for Mozilla to write the UI and all apps including phone’s lock screen, home screens, dialer, media player, camera and camcorder, in HTML5 and JavaScript. According to Mozilla’s Philipp von Weitershausen, the JIT JavaScript engine in Gecko out performs Android’s Dalvik.

Mozilla demonstrated the OS on a prototype phone with an 800 Mhz single core ARM processor. I got a little hands on with the phone, and performance seemed quite good. Apps launched quickly and swiping between home screens was smooth and fluid. The images above and below show some of the screens and apps, which seem quite attractive to my eye.

The Firefox OS ecosystem will include an appstore. There were be an app submission process and apps will have to meet certain quality guidelines to be accepted. Mozilla will keep an as yet unspecified percentage of app sales. There will also be a payment API for in app purchases but developers are free to handle payments themselves or using 3rd party payment platforms.

Although there’s an app store, Firefox OS won’t be a walled garden. Users will be able to download apps over the air from any source. In addition, web apps running in the browser will have access to the same JavaScript APIs as installable apps.

Multinational mobile operator Telefónica is backing the Firefox OS project by providing development resources and will also launch the first Firefox OS phone in Brazil in “early 2013”. The phones will sell for the equivalent of $100 USD unsubsidized. Telefonicia has not revealed who will be manufacturing the phones for the Brazil launch. However, TCL Alcatel and ZTE have both announced that they intend to build Firefox OS devices.

Deutsche Telekom, Etisalat, Smart, Sprint, Telecom Italia and Telenor are also backing FireFox OS. Mozilla expects Firefox OS phones to be available in one European and three other Latin American countries shortly after the Brazilian release. At least one Chinese operator is also said to be interested in Firefox OS.

Brazil was chosen for the initial release partly because it has a low rate of both smartphone adoption and PC use. Telefonicia sees Firefox OS as giving many Brazilians their first access to the web and expects the devices to be popular.

An inexpensive smartphone with good performance and a fast and capable browser sounds great in theory but I have some concerns about the cost of data. Proxy browsers like Opera Mini, Nokia’s S40 browser and the UC Browser are popular with users in emerging economies because they reduce data consumption by up to 90%. A direct browser like Firefox gives a better user experience but consumes much more data. Telefónica’s Wayne Thorsen says that the operator will offer “creative” data options to make using Firefox OS affordable.

Firefox OS is a fully open project with code in Github and Bugzilla. Community bug reports and code contributions are welcomed. Firefox will submit specs for its new low level JavaScript APIs to the W3C as proposed standards. If you are interested in contributing, the B2G/GetInvolved page in the Mozilla Wiki is the place to start.

If you want to try out Firefox OS, you can run Firefox OS’s Gaia  UI in Firefox on a PC or build it from source following instructions here and then either run in a emulator or on an actual phone. Supported devices include specific versions of the Samsung Galaxy S II, Samsung Nexus S and Galaxy Nexus.

As an open source proponent with a strong dislike of walled gardens of any kind, I’m excited about Firefox OS. I hope Mozilla is successful in attacting users, operators and hardware vendors to create a viable ecosystem. With iOS and Android so dominant, launching a new mobile OS is going to be an uphill battle, just ask Microsoft. Targetting emerging markets where Android is still weak and Apple doesn’t seem interested makes sense. 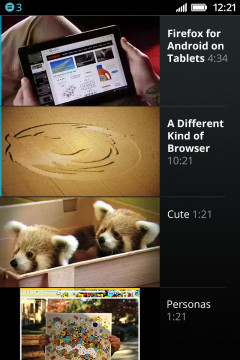 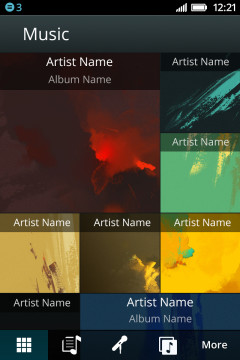 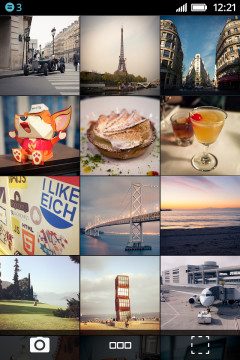