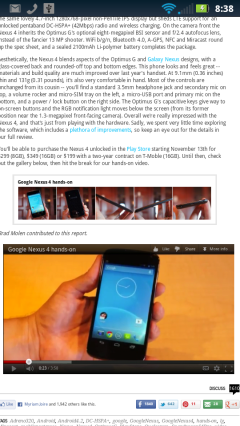 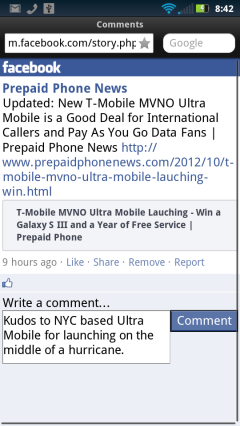 Opera Software has released updates for a couple of its browsers.

There’s a updated Opera Mobile for Android. The new release is Version 12.1.1 and it includes the following bug fixes:

The new release is available from the Google Play Store or directly from opera.com/mobile/download/versions/ for users of non-Google Experience Android devices. Opera Mobile requires  Android 1.6 or latter.

Opera Mini for iOS (iPhone, iPod Touch and iPad) has been updated version 7.0.5. It includes the following fixes and improvements:

As always Opera Mini for iOS is available only from the iTunes App Store. It requires iOS 4.2 or latter.

While these are relatively minor updates they do fix issues that kept both Youtube and Facebook from working properly. I suspect that the return of Opera Mini iOS 4.2 support is also making a lot of owners of older iDevices happy.

I upgraded to Opera Mobile 12.1.1 on my Motorola Photon running Android 2.3. The upgrade went off without a hitch. I confirmed that I was able to comment on Facebook as well as watch embedded YouTube videos on Nokia Conversations and the desktop version of Engadget. The same videos had only displayed a black rectangle in the previous 12.1 Opera Mobile release.