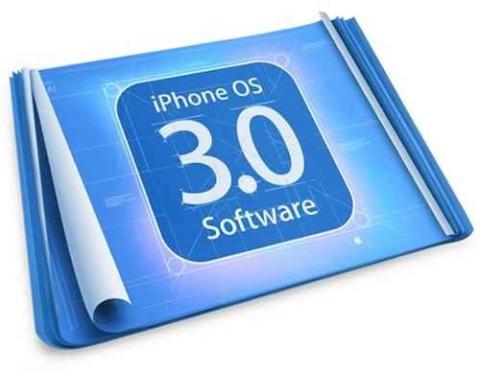 At the iPhone OS 3.0 announcement today,  Apple reacted to its growing competition from S60 touch devices, Android and Palm Pre by announcing a massive upgrade. 3.0 will ship “this summer”  and a Beta is available today to all registered iPhone developers.

What Apple has done is to fill in  most of the feature gaps in the iPhone spec.  This is important.  While the iPhone design language and user interface have been head and shoulders above the competition since day one, the lack of core features has turned off many potential buyers. For me it’s cut and paste which I’ve been using on mobile devices since the Palm V. There’s no way I’d ever buy a smartphone if I couldn’t copy and paste.  For others the lack of MMS, a voice recorder or BlueTooth stereo support was the show stopper.

OS 3.0 has all of the above plus a lot more.  New user facing features  include:

Developers get over 1000 new APIs to play with which should enable some exciting new apps. Highlights include:

By filling in the missing pieces, Apple has made it a lot harder for Nokia, Palm and Android.   The iPhone’s always offered a great user experience.  From what I’ve seen of touch S60 and Android they don’t come close to the level of usability found with the Apple phone. The Pre, may but until it ships we won’t really know. By adding most of the basic phone functionality that was missing with the iPhone, Apple has removed a lot of  “I won’t buy it because it doesn’t do…” sales resistance.

It doesn’t really look good for the competition.  Nokia S60 needs a new UI and it needs it now, a Maemo phone maybe?  The Pre better be awesome or Palm is toast.  I think Android may be less impacted by OS 3.0 than S60. For one thing,  it has a more modern looking and usable UI.  As a free smart device OS that’s available now, unlike open source S60, Android should start showing up soon in  inexpensive white label Android devices appealing to new smartphone market segments at the low end and in emerging economies.

Fortunately for the competition, Apple left a few of small windows of opportunity to exploit, namely the lack of  multitasking, an open application distribution model, tethering or official unlocked phones.  S60 has all four.  Currently the G1 and the Pre don’t tether and except for the Android Dev Phone are only available locked to a single operator (per country) but I see that changing when Palm launches a GSM Pre and additional Android devices become available outside carrier channels.

3.0 will be a free upgrade for iPhones, and will cost $10 for the iTouch.  It will be available for all iPhones but some features like  MMS and A2Dp won’t work on the iPhone 2G.