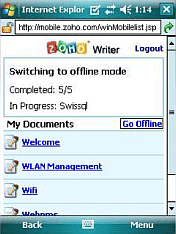 Whew, today saw not one but all three of the traditional web powerhouses; Google, Microsoft and Yahoo make major mobile announcements.

Google’s Gears for Mobile is, I think the most significant of the three and the only one that’s actually available today. Gears stores online content locally making it available whether there’s an active data connection or not. Initially it’s only for Window’s Mobile 5 and 6 and only with two applications, the Zoho online office suite and the personal finance application, Buxfer. Access to data while offline is something mobile web apps have needed for a long time. Here’s hopping that Google can quickly add more platforms. Symbian, iPhone, Motorola’s Linux phones with the Opera Mobile browser and even Opera Mini seem like good candidates to get Gears. And there’s more, according to Ajit Jaokar, the Gears API also supports retrieving location and file system data. Sounds great although that sort of thing is generally only possible on unbranded handsets. File system and location require an application to be signed in the carrier domain on ATT, Sprint and T-Mobile today’s handsets, something Google would have to negotiate with each carrier.

Yahoo announced onePlace, which won’t ship until Q2 but looks very exciting. Based on the press release, it’s seems like a mobile del.icio.us on steroids. onePlace will let you bookmark all sorts on content and then access it from your mobile. Yahoo’s talking about being able to bookmark email messages and videos as well as web sites and RSS feeds. I like that onePlace will automatically categorize content as you add it, without the need to key in tags or pick a category from a list as required by current online bookmarking services, making bookmarking a one click process. Then there’s onePlace’s Pulse, which displays bookmarked content that has changed recently, kind of like an RSS Reader but not limited to only feeds. These are both powerful concepts that, if they work well, will revolutionize the way we consume content and not just on mobiles.

Not to be left out, Microsoft announced that Nokia has agreed to bundle Silverlight, Redmond’s answer to Adobe Flash, with future S60 and S40 phones and Internet tablets. 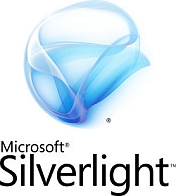 It’s a big win for Microsoft and surprising given that Nokia’s already shipping the Flash Lite runtime on many phones. Nokia and Microsoft have been getting increasingly close of late with Nokia offering MS Exchange synchronization on S60 devices and adopting Microsoft’s DRM for their music service. I suspect that mutual fear of Google is driving these alliances.

Today’s announcements underscore just how huge mobile and especially the mobile web has become. The biggest players on the web are fighting for mobile web and mobile web services dominance. I don’t know who will win the battle but users can expect to see a lot of exciting new mobile web toys to play with in the coming months.