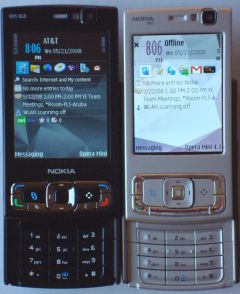 I have a new Nokia N95-4 8GB NAM to play with for a few weeks courtesy of Nokia’s WOM. I already own the previous North American 3G version, the N95-3, so here are my impresssions of the 8GB compared with the older model.

Physical changes between the N95 NAM and the new 8GB model are fairly minor, being limited to a larger screen (and smaller d-pad and softkeys), all black color scheme and the replacement of the micro SD slot with 8GB of internal Flash memory.

For me the most significant hardware improvement is the screen. The increase, from 2.6 to 2.8 inches diagonally, doesn’t sound like much but it’s really noticeable. I do a lot of browsing and eBook reading on my phones and love large screens, the bigger the better. A great feature of both N95’s screens is their reflectivity. Unlike most phones, you can easily read these screens under any light condition, even on the beach. This seems to be true of most Nokias, unlike the majority of Motorola, Samsung and Windows Mobile devices where the screen is useless outdoors.

I’ve always considered the N95 a bit of an ugly duckling, but does look better in black. The exterior color is augmented by a very attractive new default theme (image below) ehich uses a gray and black patterned background, white text and bright blue highlights. I usually find displays with dark backgrounds hard to read. but this one has great contrast and is even more readable than the N95-3’s very good black on grey theme (2nd image below). Plus it just plain looks cool. I really like this theme. Does anyone know how to extract it from the firmware and copy it to an N95-3? 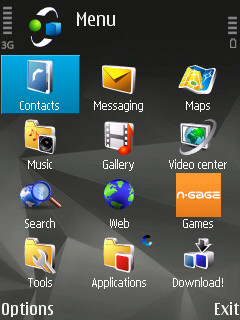 I don’t get the point of eliminating the memory card slot though. 8GB is a nice amount of storage but 8GB micro SD’s are available now, 16GB’s are imminent and 32GB’s are on the horizon. A slot gives expandability and allows hot-swapping. I’d rather have the slot and buy my own cards. Nokia seems to agree as the soon to be released N96 comes with both 16GB of internal Flash AND a card slot. But it isn’t available yet and at least initially won’t support American 3G frequencies.

The big changes in the 8GB are in the firmware which adds demand paging, Flash Lite 3.0, less shutter lag in the camera, plus N-Gage and Web Run Time support. Unlike the latest European firmware, there’s still no iPhone-like automatic screen rotation, but apparently you can get that on any N95 with the  RotateMe 3rd party app though you have to jump though some silly self-signing hoops to install it.  Update: only RotateMe 2.0 beta2, which is “donate ware” can be self signed. There are also a couple of N-Gage demo games preloaded and the Gallery app has been redesigned.

Demand paging increases available RAM and improves performance by only loading the parts (pages) of a program that are actually being used into memory. The performance increase is real. the 8GB is snappier navigating the menus than the N95-3. The increase in free RAM is not a big deal on either of the NAM models that it is with the original N95-1 which didn’t have enough RAM to start with. The N95-3 already has amble memory. Mine starts up with 80MB free and I’ve never had an out of memory error even running Opera Mini, MobiPocket, Shozu, gMail and WebKit all at once.

I’m no gamer but the graphics, animation and sound on the 8GB’s N-Gage demo games is pretty amazing. If I could just figure out how to stop crashing my car in the Street Racer game :). N-Gage looks to be a great gaming platform, especially now that Nokia has committed to letting users move their games to a new handset when they upgrade. 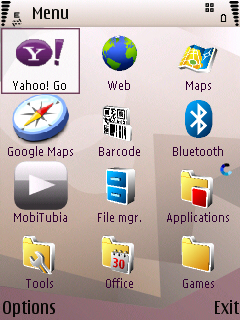 In addition to less shutter lag, the 8GB’s camera seems to be giving me noticeably sharper pictures than the N95-3. I don’t think there are supposed to be any optical or image processing improvements in the new model so it’s probably just a sample variation, but I have to wonder if the camera actually hasn’t actually been upgraded somehow.

Flash Lite 3 is probably the biggest deal among the software updates. It means that all the Flash videos on YouTube and every other site on the Web can be played right in the S60 browser. This is pretty signifigant. Although there are lots of mobile video sites, 99% of the videos on them are of low quality with low 176×144 resolution. Web Flash videos usually have much higher quality and resolution and watching them in the 8GB’s broswer is a much better experience typical mobile Web videos. It’s a bit combersome to scroll around to find and launch a video and then switch the web player to fullscreen mode using the browser’s keyhole view but once you get them started, Flash videos run very smootly on the 8GB. If you’ve used the free MobiTubia Flash Player, the quality is similar. MobiTubia is fine for YouTube, you can search and load videos right in that app but for other sites you need to type the URL in. Being able able to launch any Web video by just clicking a link in the browser is a lot easier.

The Web Run Time (WRT) is Nokia’s new Widget platform. WRT applications are built using HTML, CSS and JavaScript. The develoment process is supposed to be MUCH easier than building native Symbian or even Java ME apps. Sounds great, although I was only able to find three WRT widgets for download. Two of them, a battery meter and a signal strength meter, are more proofs of concept than anything really useful. But the weather widget from WeatherBug (image below) is pretty nice. It looks and runs like a native Symbian application and displays a 7 day forecast, current temperature and wind speed, and radar and sky cam images for almost any city in the world. WRT has been out a while, I’m surprised there aren’t more of these widgets. Or maybe I just wasn’t looking in the right place. 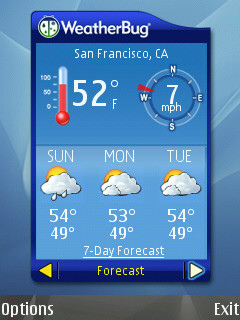 So what don’t I like about the N95 8GB? There’s really nothing to complain about with the features and performance but I’m not wild about the slider form factor or the size of either N95. I love the big screen and have no problem with the phone’s height and width but why does it have to be so thick? I never understood the appeal of slider phones either. For non-QWERTY phones I think the clamshell flip is just about the perfect form factor. The screen is protected when the flip is closed and a well designed flip phone can be almost as small in width and height as its screen. Flip phones, except the tiny ones, almost always have large keypads with big, well separated keys. The slider phones I’ve used all have cramped keypads. The N95’s keys are better than most but I still can’t type nearly as fast and accurately on it as I can on a junky low end flip phone. My dream Nokia would be a thin flip phone like the N76 but a little longer and wider to accommodate the screen, memory, camera and features of the N95.

Quibbling aside, the N95 8GB is the ultimate S60 phone and S60 is the most mature and stable smartphone platform available today. The S60 3rd edition software library has finally recovered from the break in binary compatibility that made all 1st and 2nd edition apps incompatible. It’s taken a while but Just about everything you could think of is available now in both commercial and freeware apps for the platform. Add to that the fact that S60 phones have a great, fast Virtual Machine for running the thousands of Java ME games and apps and you have a phone that can literally do anything. Another thing about the N95 is its impressive GPS capability. Both my N95s get a GPS fix in about 30 seconds, two or three times faster than either of my non-Nokia GPS equiped phones.

The N95 8GB is a great phone, I’ll be sorry when I have to send it back to WOM in about a week. Compared with the N95-3, the 8GB’s improvements are worthwhile, but the most significant ones are in software and in June, Nokia is supposed to finally issue a firmware upgrade bringing Flash Lite 3.0, demand paging and the Web Run Time to the older model. I’m a pretty frugal person so I can’t really justify replacing my six month old N95 with an 8GB but I sure am looking forward to seeing that firmware upgrade.