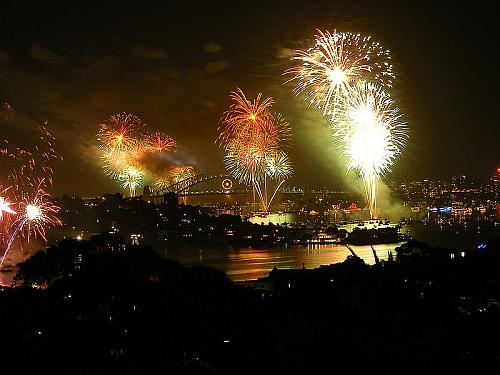 1. At least a half a dozen new Android phones will be released in 2009 and the total installed base of Android OS phones will exceed five million by year end.

Correct. Depending on who’s counting there were between 10 and 15 new Android devices released in 2009.  Actual Android market share numbers seem impossible to come by but the Droid alone  reportedly sold 800, 000 units as of Nov 30th. Google’s Device Dashboard reports that 17.7% of all Android devices run OS 2.n.  As the Droid is the only OS 2 device, that makes the total Android installed base about  4.6 million.  With December a hot month for phone sales the total should reach 5 million by year end.

2. The first phones with an open-source Symbian OS will ship near the end of 2009 and be well received.

Wrong. Symbian^1 aka S60 5th edition is shipping but incorporates some closed source code.  No phones have shipped with fully open source Symbian^2.

3. One or more Chinese companies will make a big splash in the global mobile hardware business under their own brands.

Wrong: Regional operator MetroPCS sells  the ZTE CT8 and CT9  and   Huawei M750. Huawei and ZTE phones are also starting to appear on major US and European operators but generally, like the Huawei made T-Mobile Tap,  not under their own brands.  The average mobile user has still not heard of any of the Chinese phone manufacturers.

4. A least one very big name in the mobile world will go out of business or be absorbed in a fire sale acquisition.

5. Mobile advertising spend will increase modestly but not enough to keep up with the increase in mobile web inventory and traffic – leading to lower fill rates, decreased CPC and CPM rates and falling revenues for mobile web publishers.

Wrong: CPC and CPM figures are closely guarded so this prediction is impossible to evaluate.  But my own mobile sites saw a slow but steady increase in CPM  and revenue throughout 2009 so no points.

Correct: Numbers for mobile web traffic are all over the place but most seem to confirm that traffic did more than double in 2009.  Cisco projects a 262% increase in traffic generated by handsets for 2009 over 2009 , Opera says actual  traffic to Opera Mini servers was  up 211% in Oct 2009 compared to last year.

7. The web on mobiles will continue to gain momentum in the developing word, especially in Africa and Asia.

8. Apple will release a lower end device with a contract price under $100, maybe not at MacWorld next week, but definitely in 2009.

Correct: While not really the simpler device I expected. The iPhone 3G 8GB price did indeed drop to $99

9, There will be significant growth in the percentage of prepaid customers, especially in countries like the US where prepaid has not been popular.

Correct, IDC reported that 80% of new US mobile subscribers in Q1  were prepaid, a trend that shows no signs of abating.  As only 17% percent of all US mobile users were on prepaid plans at the start of the year this represents a very dramatic shift.

10. Opera will release a new version of Opera Mini that will feature tabbed browsing. The number of Mini users will double to 40 million.

So I ended up with seven out of of 10, the same as last year.  I also missed a lot of surprises.  Mobile networks and mobile cloud services showed themselves to be remarkably fragile with AT&Ts data network slowly melting down under the load of the iPhone, numerous RIM BlackBerry network outages and a prolonged Danger/Sidekick outage. Twitter usage went through the roof. The N97, handset that I had great expectations for turned out to be a bit of a dud thanks to Nokia skimping on RAM and internal storage.  But Nokia redeemed itself with the very exciting N900 and Maemo 5.  What will 2010 bring? Stay tuned for my predictions.