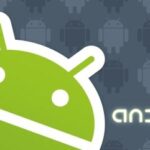 The first Android phone will be announced by Google and T-Mobile tomorrow, September 23 at 10:30 AM Eastern time in New York City.  The phone itself is the HTC Dream branded as a T-Mobile G1. Beyond that everything about the phone is conjecture.  Most rumors put the device in stores Oct 13 at $199 on a two year contract.    Further rumor mongering  predicts UK and German releases, also on T-Mobile in October or November.  There’s also  the potential of a … Continue reading →