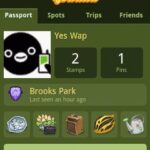 Gowalla is a location based social networking “game” that is very similar to the better known Foursquare. But it’s not a copy or clone. The two services were created independently and both were launched essentially simultaneously at SXSW last year. Gowalla players compete for “Pins”, the equivalent or Foursquare’s badges, by checking in at physical locations around their neighborhood, city and the world. Gowalla has always allowed checkins anywhere, unlike Foursquare which was restricted to 100 major cities until recently. … Continue reading → 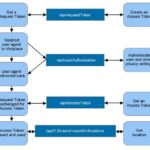 Image courtesy of WaveMarket US mobile operator, Sprint recently announced a couple of new ways for third party developers to create location aware applications and mobile web services.  What Sprint has done is to partner with two companies, WaveMarket and uLocate’s Where.com, who both act as intermediaries between Sprint and content providers.  Developers and publishers  no longer have to partner with Sprint in order to get access to location data.  WaveMarket and uLocate will handle the entire relationship including  serving the location data and … Continue reading →