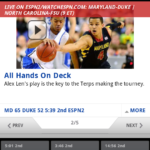 The 2013 NCAA College Basketball Championships, better known as March Madness or the Big Dance, is about to begin. Easily the most popular college sports event in the US, March Madness is a pair of three week long long single elimination tournaments that pack 130 games into three weeks on non-stop action. This year’s madness starts March 19th for the men’s teams and March 23rd for the women. Many of the games happen during working hours posing a problem for fans whose employers block sports sites at … Continue reading → 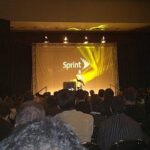