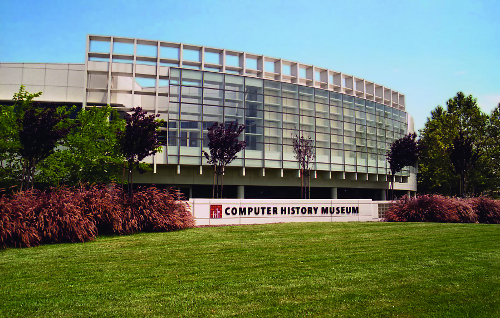 In response to the enormous demand, Google set up over 110 free Google I/O Extended live viewing parties around the world where the keynotes and selected sessions are shown on the big screen. At the I/O keynote Vic Gundotra announced that the I/O Extended event in Cairo was the biggest, drawing over 1000 people.

I’m spending the day at I/O Extended at the Computer History Museum in Mountain View, California which is just down the road from Google’s headquarters. In addition to the streamed I/O sessions there’s food, coffee, WiFi and lots of power outlets.

The main announcements today at I/O were:

Most of the first day’s announcements weren’t unexpected. Although movie rentals and Google Music seem to be getting the most coverage I think the agreement to provide OS updates to Android devices is potentially the biggest deal. Or not depending on how Google enforces it. There are obviously some limits on devices updates. The announcement mentioned that the update policy agreement only applies to “new” devices so don’t count on updates for phones that are already in the market. Also future Android releases are likely to to have hardware requirements that older requirements don’t meet. I just hope that Google doesn’t let vendors claim that a device isn’t compatible when it actually is.

Based on past I/Os, I expect the biggest announcements tomorrow. I suspect we will see a  Chrome OS announcement of some sort and perhaps something new from Google in the social media area.

This year’s awesome I/O swag was an unrelesed Samsung Galaxy Tab 10.1 Android tablet that was given to all 5000 attendees at the San Francisco event.