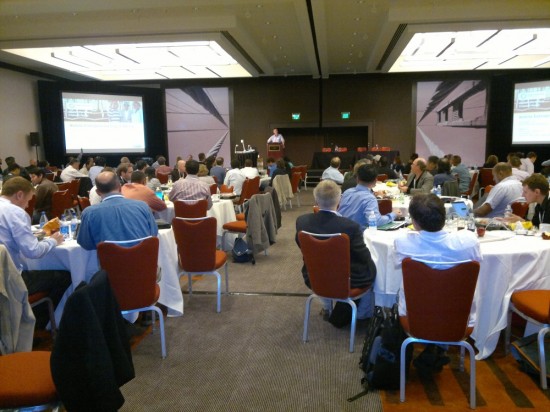 I spent the day yesterday at Mobile 2.0 in San Francisco.  Great event as always. Highlights for me included Larry Berkin‘s overview of the current and future device landscape, and Jame’s Pearce‘s whirlwind tour of the capabilities of modern mobile browsers and the development tools and libraries for working with then.

A new feature of this year’s event were two interactive workshops that were part of the afternoon’s development/design track. The workshops broke the audience up into teams to work on a problem. One workshop gave teams 30 minutes to come up with a high level, context aware solution to a mobile design problem.  In the other workshop each team had to come up with the two biggest pain points in mobile web development.  Not surprisingly, lack of browser access to device features (especially contacts, calendar and system-level alerts) showed up on most of the group’s lists.  I found the workshops energizing and a great way of getting the conference attendees thinking and interacting with each other.

The bulk of the Mobile 2.0 presentations focused on the opportunities and challenges of developing and monetizing mobile content in a developed world where nearly everyone has a  smartphone running iOS or Android.

But one speaker who presented a more global picture. That was Steve Bratt from the World Wide Web Foundation who talked about his group’s efforts to encourage mobile entrepreneurship in sub-Sahara Africa.

Steve’s message was that the web is a powerful tool for learning, communicating, political action, commerce, and for finding essentials like health care and safe drinking water. Although the Internet is available in areas where three quarters of the world’s population lives, computers, less than a quarter actually do.  Most of the people who do not have Web access live in the developing world. In Africa, for example, the percentage of Internet use is less than 5%. The reasons are many including; cost, lack of locally relevant content, illiteracy or because their languages are not well supported on the web.

The World Wide Web Foundation, was created by Tim Berners-Lee in 2009. Its mission is to make the web free, open and increasingly powerful for all.

One of Foundation’s  projects is the Mobile Entrepreneurship Initiative, which offers courses for local developers and would-be mobile entrepreneurs in Ghana, Senegal and Kenya. These are four week intensive labs that teach the basis of mobile and web technologies and business. The training is hands on, with teams of students designing and building mobile services as one of their assignments. The best projects  receive cash prizes. The initiative is funded by a $1 million grant from Vodafone but it aims to be self sustaining. The initial labs are taught by outside trainers but also train local trainers to carry on the project. 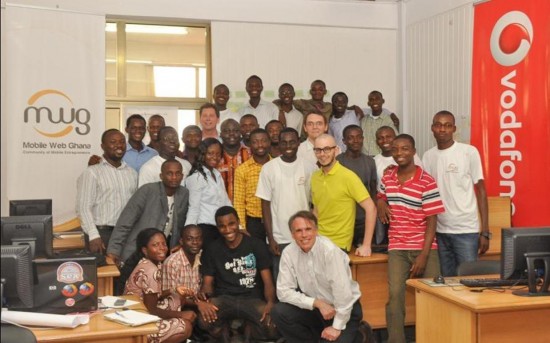 The non-profit Foundation needs help to carry on and expand its work. Both volunteers and corporate and individual contributions, which are tax deductible in the US and other countries, are needed.