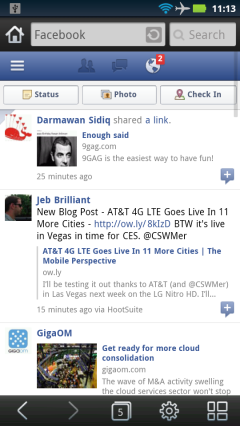 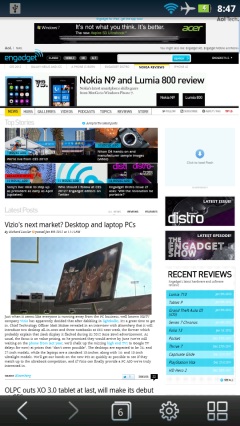 The first production (non-Beta or Gold) release of UC Browser 8 is now available in the Android Market. At the moment it’s only for Andoid 2.1 and later. The Symbian (3rd edition and latter) and Java versions are still at Beta V 8.0.4.  UC has ended development for Symbian 1st and 2nd edition, Windows Mobile and BlackBerry although older 7.8 or 7.9 versions are still available for these platforms from ucweb.com (PC) and wap.ucweb.com (mobile). 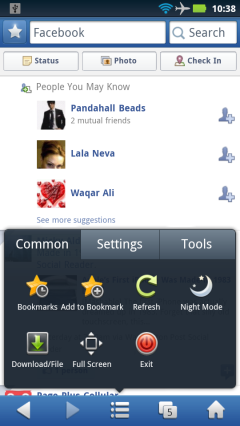 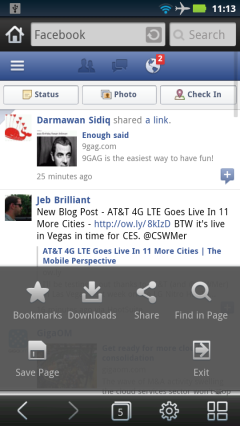 This release sports a brand new UI that’s quite different from that of the 8.04 Beta. Version 8.04’s single tabbed menu (above, left) has been replaced by two separate single page menus labeled “Menu” (above, right) and “Settings”. The “Tabs” menu has also been redesigned (old – below, left; new – below, right). 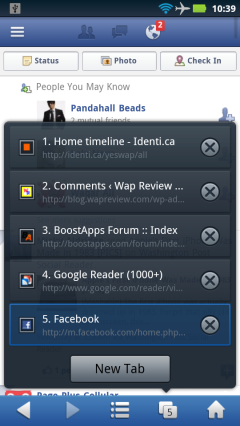 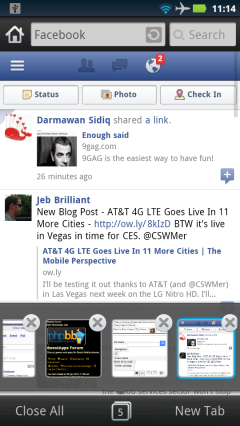 Other changes in the new release are the addition of a built in RSS Reader called “Quick Read” and a new home screen dubbed “Quick Dial” (below, right),  consisting of a grid of bookmark tiles replaces the old “Quick Links” Home Screen (below, left). 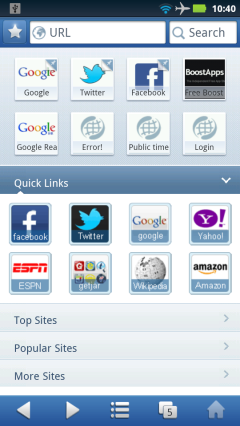 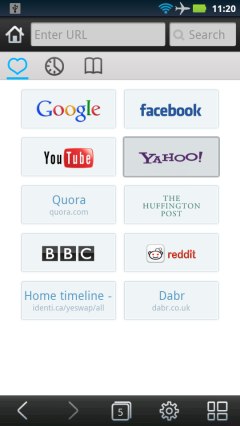 There are a couple of other less positive changes. The “Night Mode” option that gave most pages light gray text on a black background is gone. I’m not a fan of night modes but many people seem to like then. The other unwelcome change is that the latest release uses slightly more memory than its predecessor. The table below compares UC 8.04 and 8.0.5’s memory consumption, as reported by the preinstalled Task Manager app on a Motorola Photon running Android 2.3.4 (Gingerbread). Tests were conducted with image quality set to medium and “Mobile” (single column) browse mode enabled.

The increased memory usage is greatest with no or just a few tabs open. The Photon has a gigabyte of RAM and showed no signs of distress with five tabs open in the UC Browser with several other apps were running in the background at the same time.  Phones with less RAM may not be so fortunate. There are already several Android Market comments reporting out of memory issues with the new release.

Traditionally UC has been a proxy based browser, similar to Opera Mini.  I suspect that starting with version 8.0 for Android, the UC Browser is a direct (non-proxy) browser created with an embedded Android webview. I believe this for two reasons. 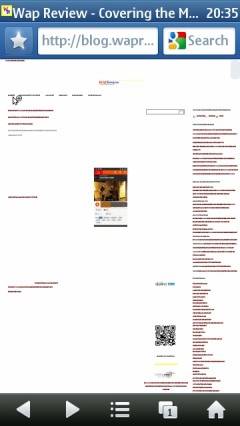 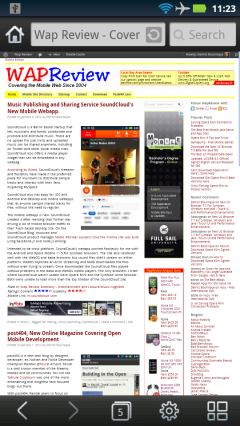 There are lots of alternative Android browsers based on the Android webkit class. Dolphin, Boat, Maxthon and Skyfire are some of the better known ones. They typically provide alternative UIs and additional features compared with the stock browser. I don’t use any of them but they do have their fans. However UC’s biggest advantage is that, as a proxy browser. it speeds up page loading on slow networks and saves users money by reducing data consumption. With the demise of the Bolt browser, the only other Android proxy browser is Opera Mini. While Opera Mini is an excellent browser,  it’s not perfect and it’s always good to have alternatives.

2 thoughts on “UC Browser Goes Gold, But Is It Still A Proxy Browser – First Look at UC 8.0.5 for Android”