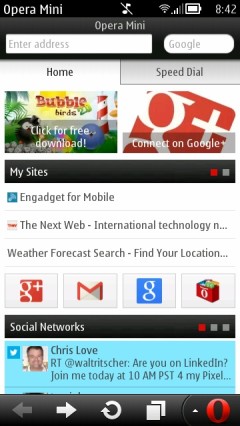 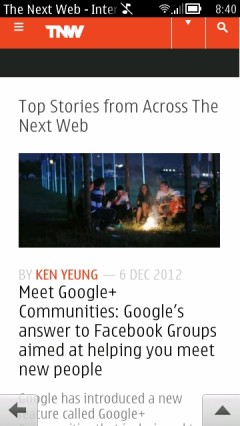 As a Nokia N8 user it’s painfully obvious that Symbian is a depreciated platform. Most of us have received what are almost certainly the final Symbian updates from Nokia; Belle FP2 for the Nokia 603, 700, 701 and 808 and Nokia Belle Refresh for the N8, E7, C7 and other older Belle phones. These updates broke quite a few apps including Swype, Nokia City Lens and Opera Mini.

Nokia has said that City Lens won’t be fixed. But Opera Software showed it still has some love for Symbian users with the release of Opera Mini 7.0.3 Final for Symbian today. The new version works on all phones running Symbian S60V3 through Belle FP2. According to Opera, it contains the following Belle Refresh and FP2 specific fixes:

I installed Opera Mini 7.0.3 on my N8. It works well with no issues. I have one of the unfortunate product codes (059C8T6) that still hasn’t received Belle Refresh and had no problems with the previous version of Opera Mini. But a user on the Opera Mini Forum has reported that the issue with missing font support (text displayed as little boxes) on his N8 with Belle Refresh is fixed. And All About Symbian has a story and screenshot confirming the keyboard fixes on FP2.

Opera Mini 7.0.3 Final for Symbian can be installed by visiting m.opera.com using your phone’s browser. Sideloaders can grab the .sis file at www.opera.com/mobile/download/versions/. 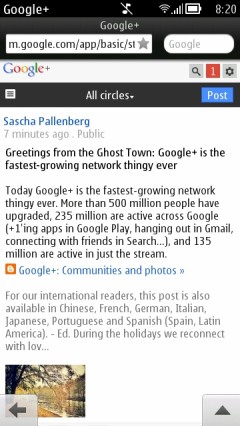 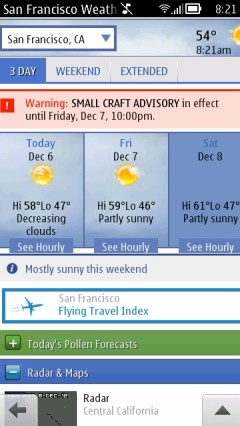