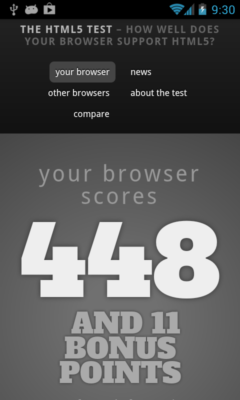 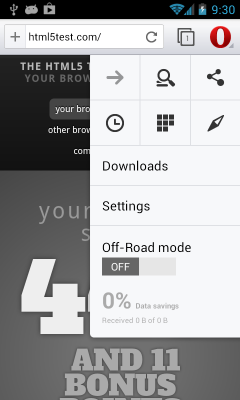 On Monday Opera Software released Opera Browser 14. This is the first non-Beta Opera browser to be based on the open source WebKit layout engine rather than Opera’s legacy in-house Presto engine. Opera Browser 14 uses a very recent 537.71 version of WebKit. That’s even newer than the WebKit  version used by the Chrome browser for Android. And unlike Chrome, which requires Android 4.0 or later, Opera Browser 14 runs on Android 2.3 and later bringing the benefits of the latest WebKit to millions of older phones that can’t run Chrome.

Opera has announced its intention to use WebKit for all new releases going forward. While I think this is a smart move for Opera, I believe that they jumped the gun a bit with this release. Opera 14 replaced Opera 12.1 in the Android Play Store and when installed it replaces 12.1 on the phone.  Some users with auto app update enabled likely got a bit of a shock when then opened Opera for the first time after the update. The new browser looks nothing like the old and has a completely different user interface.

I generally like the updated UI. It’s cleaner and more modern looking, and switching tabs takes fewer clicks. I especially like how the top navigation toolbar scrolls off the screen for a true full screen view unmarred by the semi-transparent buttons of previous Opera versions. The navigation bar can be moved to the bottom of the screen as many users seem to prefer. However I like to keep it on the top as there’s no full-screen option when it’s on the bottom. 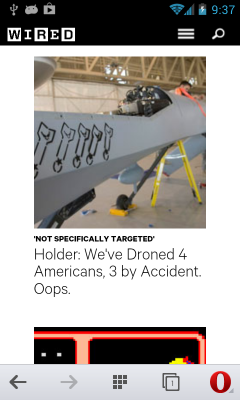 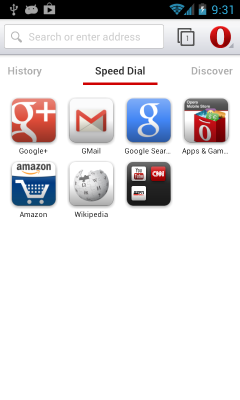 Unfortunately, Opera Browser 14 is missing a number of its predecessor’s features including;

The new Opera works well on my old by speedy dual-core Motorola Photon Android 2.3 phone with its gigabyte of RAM. Browser start-up takes a bit longer than I’d like but once launched Opera 14 seems snappy and does better with most of the poorly designed sites that don’t render well or work properly in Opera Mobile 12.1. However on my wife’s equally old but single core Nexus S with 512MB RAM, Opera 14 is quite sluggish. Chrome and Firefox Mobile perform better than Opera 14 on the Nexus S.

I like where Opera is going with WebKit. But, I wish they had kept the WebKit version a Beta at least until it was feature complete with Opera Link style synchronization, multi-level hierarchical bookmarks and tablet support.  I doubt that Opera Webkit will ever be as fast on low end hardware as the lean and mean legacy Presto Opera. But I expect it will eventually be at least as performant as Android Chrome.

It you upgraded to Opera 14 and want to go back to Opera 12.1, the .apk download is available at opera.com/mobile/download/versions/. If you get an error installing, go to Settings > Applications settings and enable Unknown sources.

Update, Opera Mobile 12.1 is now available in the Play Store as Opera Mobile Classic. It installs alongside Opera Browser 14 but doesn’t import your Opera bookmarks and Speed Dials. 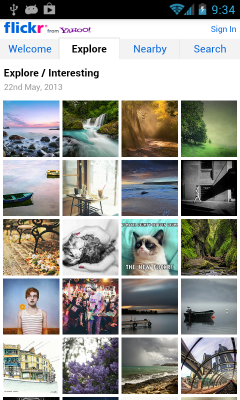 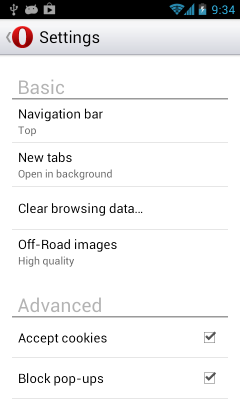 One thought on “Webkit Based Opera Browser 14 For Android Released, Overwrites Opera Mobile 12.1”