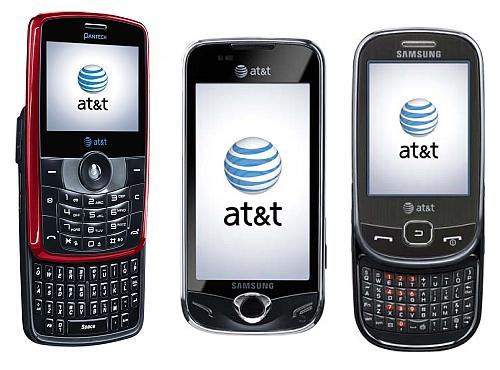 Today AT&T and Opera announced the impending release of four new feature phones with a:

The press release is short on details about the browser, which is branded as att.net rather than Opera,  but I strongly suspect this is the “Opera Mini-based solution with a major operator in the U.S”  that Opera CEO Jon von Tetzchner  mentioned in an interview in July. I suppose it could be Opera Mobile 9.7 with Turbo ported to run on both Pantech and Samsungs’s proprietary feature phone operating systems. But that seems unlikely given the expense of porting native apps, plus the fact that 9.7 is still in Beta.  I also doubt that the low-end hardware in these phones has the resources to run 9.7 well.

Assuming it is Opera Mini, it’s not the garden variety version we know and love but a custom build for AT&T with a three screen tabbed homepage. The first tab will have web search, the URL bar and your Web bookmarks.  The second tab is dedicated to local information like weather, traffic, driving directions and maps. The third tab will contain news, sports and entertainment feeds. This sounds very similar to the custom version of Opera Mini 4.2 with a tabbed startpage that Opera created for Chinese content provider Kong.net Mobile earlier this year.

I wonder if the att.net browser it will be crippled by AT&T like the generic version of Opera Mini is.  AT&T has customized the Java runtime security on most of their branded phones to block third party apps from file system access, which has the effect of disabling Opera Mini’s  “Save Page” and file upload and download features. Here’s hoping these features do work in the att.net browser and that the operator offers it as a free download for owners of other AT&T handsets.

AT&T has released product photos  of three of the new phones (left to right, above); the QWERTY slider Pantech Reveal, touch-only Samsung Mythic and the  Samsung Flight, another QWERTY slider. The fourth att.net phone is the Pantech Impact (no images yet) , a QWERTY clamshell with an external touch screen. Mobiledia has more photos and partial specs for the new devices. The Reveal will be available Oct 18th with the other three launching in time for holiday shopping .

Related Post: Which U.S. Operator Is Getting Opera Mini?