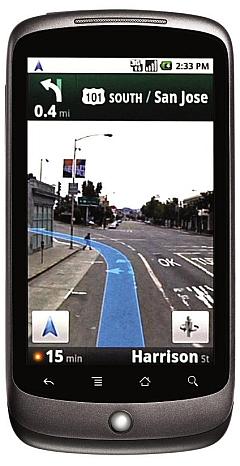 Google’s Nexus One launch this week was interesting for several reasons, the phone’s much faster processor, OLED screen and a form factor resembling the iPhone’s have led it to be dubbed an “iPhone Killer”.  Much is also being made of the fact that Google is now selling phones directly to consumers. But that’s  hardly revolutionary, Nokia and Sony Ericsson have long been more than willing to sell you a phone from their websites. And unlocked phones are available from Amazon and hundreds of other vendors as well independent phone shops in cities and towns around the world, including in the US.

What I find most interesting  is that the Nexus One pricing structure  gives consumers a financial incentive to buy the phone at full retail rather than signing up for a two year contract in return for a subsidized price. It’s pretty obvious if you do the math. There are two ways to buy the Nexus One and get service in the US:

Buying the phone outright saves you  $190 over two years! This is actually as much T-Mobile’s doing as Google’s.  Last October, the operator completely revamped their pricing structure to give consumers a $20/month price break if they bought a phone outright from either T-Mobile or a third party.   I don’t know about the rest of the world, but in the US this is revolutionary.  Operators in this country have never given discounts to users who supply their own handsets. Sprint, AT&T and Verizon still charge the same monthly price whether you accept a subsidized phone , pay full retail or bring you own phone.  It’s not entirely clear to me how this change benefits T-Mobile, but as the smallest of the four national operators I guess they hope to gain market share by undercutting the competition in an innovative way.

The Nexus One is essentially being sold the same way that Dell, HP and Lenovo sell desktop and laptop computers, as a piece of hardware, a device independent of its network connection.  If this model takes hold it will have huge implications on the mobile business. Operators will lose the ability to dictate if phones have WiFi, VOIP or tethering capabilities and whether 3rd party apps can access the GPS or file system. The true price and value of phones will be exposed forcing manufacturers to compete on features and true price rather than artificial and arbitrary subsidized pricing that makes an N900 appear to be five times more expensive than an iPhone.

I welcome the change.  For too long mobile operators have controlled the handset market, favoring the handset makers most willing to  lock and cripple phones to support the operator’s business model and  penalizing users who choose to use a device not endorsed and sold by their operator. The PC pricing model will level the playing field forcing device vendors to compete on price, performance and features.  Operators will have to compete on price, support and the  reliability and speed of their networks rather than handset exclusivity. In the long run this will be good for consumers, operators and handset makers.

2 thoughts on “Nexus One Brings PC Pricing Model to Phones”