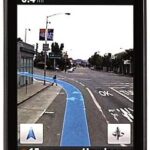 Google’s Nexus One launch this week was interesting for several reasons, the phone’s much faster processor, OLED screen and a form factor resembling the iPhone’s have led it to be dubbed an “iPhone Killer”.  Much is also being made of the fact that Google is now selling phones directly to consumers. But that’s  hardly revolutionary, Nokia and Sony Ericsson have long been more than willing to sell you a phone from their websites. And unlocked phones are available from Amazon … Continue reading →