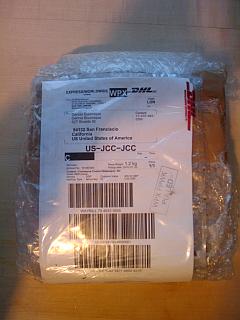 WOMworld has sent me a Nokia N900 to review. Over the next week or two, I intend to cover this groundbreaking device in depth, focusing first on the N900’s Web browsing capabilities using the built in MicroB browser plus Firefox Mobile and any other third party browsers I can find. I’m not sure how long I get to keep the N900 but if I have time I’ll also highlight Web apps that are particularly useful on the device and maybe explore its open source aspects and the device as a potential netbook replacement and blogging tool.

But first let’s take a look at the device itself. According to Nokia the N900, isn’t a phone, it’s “…a high performance mobile computer…that has a phone application for voice calls”. Whatever you call it, it’s an exciting gadget.

My N900 seems to have been only lightly used by previous reviewers and looks new. In the box (clockwise from top in the photo, below) is a micro USB data cable, extra ear pieces for the headset, a cleaning cloth, TV-out cable, a “Getting Started” guide, an adapter that lets you use your old Nokia chargers (above the Guide), a wired stereo headset with handsfree mic, and a charger with European-style plug. 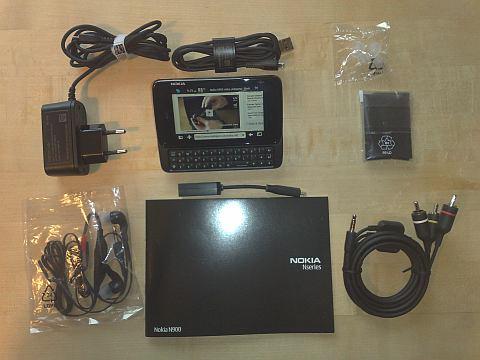 Interestingly, the N900 did not include a micro-SD card. I suspect that one normally is included. 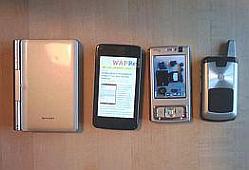 The first thing I tried was the built in MicroB browser which is clearly head and shoulders above any mere phone browser. In a brief spin though some of my favorite desktop sites I noticed that Flash videos on Web pages were fully functional and that Ajax heavy sites like Bloglines’ Beta version actually worked, unlike with every other mobile browser I’ve tried.

I did notice that the undocumented Ctrl-Shift-O portrait browsing feature in the latest firmware didn’t work. There was a notification icon at the top of the screen, clicking it revealed that a Maemo firmware update was available. The first time I tried to update I got a “Download failed” message. I think that was because I didn’t have a memory card installed. Once I popped a micro-SD card in, the firmware update went smoothly and I have portrait browsing. The update also fixed an annoying browser bug where page down using the spacebar scrolled an extra four lines. 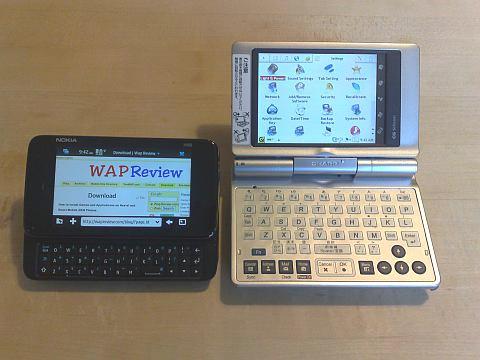 In my next N900 posts I plan to do a full review of the MicroB browser including comparisons with Opera mobile and the N95 and Android browsers.