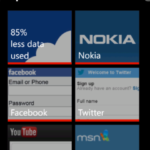 Nokia recently launched a Beta version of Nokia Xpress, a proxy browser for Nokia Lumia Windows phones.  The new browser is somewhat similar to the Nokia Series 40 proxy browser that I reviewed previously and which is now also called Xpress. Like Opera Mini and the UC Browser, Xpress uses a proxy server to pre-format and compress pages before they are sent to the device. The compression cuts page size by up to 85%, reducing network traffic and saving lots of money for … Continue reading → 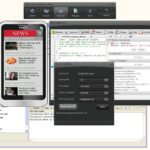 In my Nokia Series 40 Browser V 2.0.2 Review, I mentioned that the phone supports running Series 40 web apps. They have a look and feel similar to native apps and can use device features including geolocation and messaging. This post takes a look at Nokia Web Tools,  a set of applications for creating, testing and deploying  these apps. Series 40 web apps are built using the familiar web technologies of HTML, CSS and JavaScript. While you  theoretically could  create web … Continue reading → 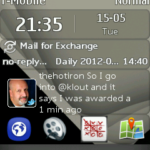 Nokia has lent me a Nokia Asha 303 S40 Touch and Type phone that I’ve been using to explore the latest Nokia Browser for S40 devices. The Nokia browser is a proxy browser like Opera Mini and the UC Browser. When the user requests a page, the browser sends the request to a Nokia server which fetches the page and pre-formats the content before sending it to the browser as a compressed binary stream. Proxy browsers are especially well suited … Continue reading → 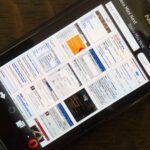 Nokia Connects has published a comparison between two Symbian browsers; Opera Mini 6.5 and MiniBrowser Mobile 4.0 PLUS that Izzy from Nokia For Us and I collaborated on. The post includes videos of both browsers in action including a speed test comparing Opera Mini with the Nokia browser and an in-depth walk through of MiniBrowser Mobile 4.0 PLUS. Read the full post here: Nokia Connects: Nokiapp Showdown #5 – browsers 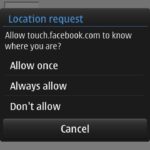 Nokia Belle comes with a new 7.4 version  of the Webkit based Nokia browser. Here’s a run down of what I’ve been able to find that’s new and improved in latest browser. Geolocation support. Sites can now use a Web standards compliant Javascript API to request the user’s location. When a site makes a location request the browser prompts the user if they wish to allow or deny the request (image above, left). This feature works with many existing sites … Continue reading →

I attended Qt Developer Days in San Francisco this week. It’s the premiere event for developers working with Qt, a free and open source PC, embedded and mobile development platform that’s also available under a commercial license. Originally Qt was a C and C++ only framework, but since late last year it also includes Qt Quick, which lets developers build touch UIs using a Javascript based scripting language called QML.  Qt has been developed and maintained by Nokia since the company’s acquisition of Trolltech in 2008. It’s been a year … Continue reading → 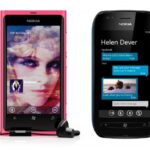 Today at Nokia World in London, Nokia announced its first Windows phones, the Nokia Lumia 800 and the Nokia Lumia 701. I wasn’t able to make it to London but Nokia held a press event at their US headquarters in the Silicon Valley today where I got a chance to see and try both phones. Here are my first impressions. The Nokia 800 (above, left; below, right) is the higher end of the two. It is a gorgeous device with a quality feel. … Continue reading → 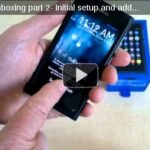 Here’s Part 2 of my Nokia N9 unboxing. This video picks up where Part 1 left off with the phone out of the box but not powered up yet. It shows the boot up animations, initial set up and configuring a Wi-Fi connection. I was pretty impressed with how easy it was to get the phone up an running without a SIM. The Nokia interaction designers have recognized that some of us, including developers and international travelers, will want to use the N9 without … Continue reading →