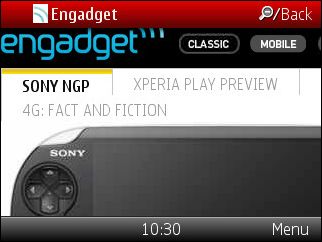 The Opera Mini web browser is the most popular in the world with over 85 million users.  it’s easy to see why. Opera’s proxy architecture compresses web pages by up to 90% before sending them to the phone.  That cuts the cost of browsing,  makes page loads faster and allows even basic phones to load the largest desktop web pages.

Up to now non-smartphone users on Verizon, the largest US operator, have been denied the advantages of Opera Mini. That’s because the operator’s feature phones use Qualcomm’s BREW operating system. While a BREW version of Opera Mini has been available for several years, BREW’s platform security blocks the installation of apps from any source other than the operator’s App store. And up to now Opera Mini hasn’t been offered by Verizon.

That seems to be changing. Users on Howard Forums are reporting that Opera Mini is now available in the Verizon Media Store for free.  It’s Opera Mini version 5.0, which  supports tabbed browsing and copying and pasting text from web pages.  It’s currently only available for the LG Env2 (VX9100), Env3 (VX9200) and Env Touch (VX1000)

If you have an Env you can push Opera Mini to your phone from the Media Store or download it directly using the “Get New Applications” or “Get It Now”  App in the phone menus.

Opera is already available from the other major US operators. Sprint bundles it with a number of models and makes it available to their Virgin Mobile prepaid users, AT&T installs a highly customized version called ATT.NET on many recent feature phones and T-Mobile officially supports Opera Mini on several handsets.

Custom versions of Opera for operators often have some features removed, probably at the operator’s request. The AT&T and Sprint Android variants of Opera Mini are missing the Opera Link bookmark sync and backup feature and the AT&T one is also missing Speed Dial shortcuts, file downloading and the ability to save pages for offline reading.

If you’ve tried Opera Mini on your Verizon Env, how do you like it?  Are you able to save pages or sync your bookmarks with Opera Link?