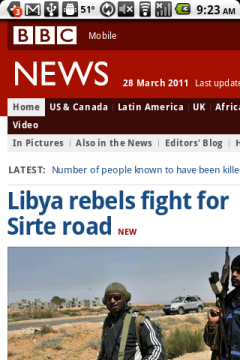 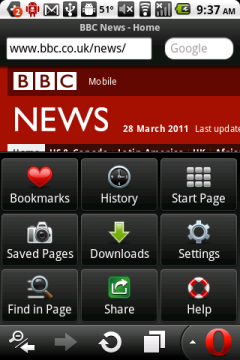 Opera Software released a trio of new browsers last week at CTIA. They are:

The new versions  can be downloaded from m.opera.com using your phone or from http://www.opera.com/mobile/download/ with a PC. The Android versions are also available from the Android Market. Opera Mini 6 for the iPhone and iPad are expected to be launched soon. 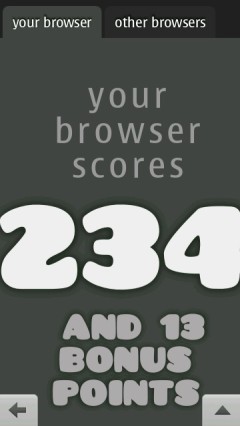 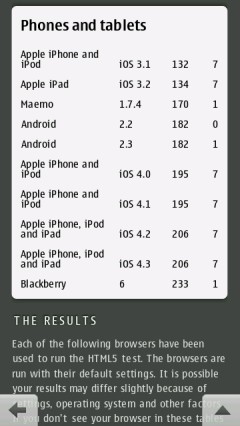 I’ve been playing with all three new browsers on multiple devices since the launch.  With so many new browsers to cover, I’m going to break this post up into two parts. I’ll cover Opera Mobile 11 today and Opera Mini later in the week

I tested Opera Mobile 11 on an HTC Magic and HTC Evo both running Android OS 2.2. On the Symbian side I tried it on a Nokia N8 and an older non-touchscreen N95-3. It worked quite well on all four devices.

The first thing people tend to notice are a couple of minor cosmetic changes  from 10.1. The navigation bar’s background is now black rather than red and the wrench icon in the menu bar has been replaced by an  Opera “O” logo. The real changes run much deeper and include  pinch zooming, performance and rendering improvements and better HTML5 support including support for Application Cache, WebStorage, WebDatabase and HTML5 Audio/Video.  The Symbian version of Opera Mobile 11 scores an excellent 234 on HTML5Test.com, which is the best score yet for any mobile browser. 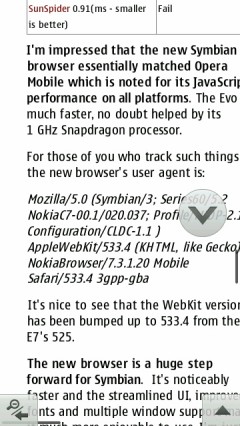 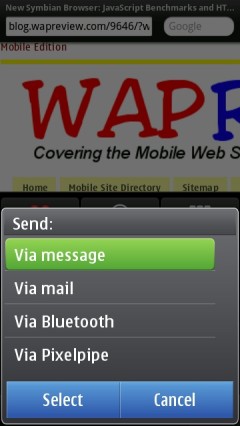 Pinch zooming works well. It’s smooth and quick even on the RAM starved  Magic.  When you zoom in with Opera Mobile text columns reflow to fit the screen width. This is my favorite feature of Opera Mobile 11 as it means that with a single gesture you can make even the smallest text easily readable with no horizontal scrolling. On the Magic it takes about a second for the text to reflow after zooming, but on the better speced Evo and N8 it happens almost instantaneously.

For pinch zooming to work the device must have a capacitive screen and support multitouch. Touch screen phones that don’t meet those requirements get on-screen Plus and Minus zoom buttons. Zooming on non-touch Symbian phones is limited to a choosing between  predefined zoom levels in the settings menu just as it was in 10.1.

You can also quickly zoom  in and out by double tapping.  This is a change from 10.1 which used  a single tap to zoom in.

Another new feature is Sharing. On Android, Opera Mobile hooks into Android’s native sharing functionality which lets you share a page URL and title by Email, SMS, Bluetooth and with any installed apps that listen for Android’s ACTION_SEND intent such as the Facebbok and Twitter apps or the Evernote app. On Symbian Share is called “Send” and works similarly, letting you send a page by Email, Bluetooth, SMS or with apps such as Pixelpipe.

Another frequently requested feature added to Opera Mobile 11 is opening tabs in the background. When you long press a URL and choose “Open in New Tab” Opera doesn’t switch to the new tab as it did in 10.1. You can continue reading the current page while the new one loads and switch to it whenever convenient.

A small but welcome change in the Android version is that the Opera navigation bar and the native Android status/alert bar can be shown or hidden independently.  That means that Opera can be set to use the full screen without hiding Android notifications. I’m also happy to report that the Opera Mobile 10.1 for Symbian word wrap bug that affected many mobile web pages is fixed in 11.

For the first time Opera Mobile 11 can play Flash videos and animations on Android devices that have a Flash player installed.  To keep from slowing down the overall browsing experience, by default Flash content doesn’t play automatically. It’s loaded on demand which you click on a placeholder.

There’s no Opera Mobile 11 for Windows Mobile.  This is unfortunate for Windows Mobile users but makes sense as Windows Mobile’s market share is dropping quickly. I’ve been half expecting Opera to release a browser for Windows Phone 7 but that obviously didn’t happen.  At CTIA, Opera co-founder Jon von Tetzchner told me that Opera was taking a wait and see approach to Microsoft’s fledgling platform. Porting to Silverlight would be quite expensive in terms of developer and QA resources. Opera is hoping that Microsoft will eventually open the platform to Win32 development as Opera already has a Win32 browser engine. If that doesn’t happen and Windows Phone achieves wide adoption Opera will likely port the Opera Mini thin client first. 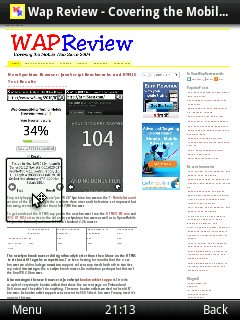 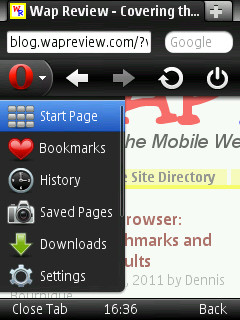 I’m really very pleased with what Opera has done with Mobile 11, particularly on Symbian which desperately needed a better browser. The new release absolutely runs rings around the current Symbian browser

Even the new Symbian browser on the C7 Astound, while much improved, still lacks many features that Opera has, including opening tabs in the background, the ability to copy page text and support for geolocation and HTML5 features like local storage.

On Android, Opera provides solid competition to Google’s own browser along with an innovative UI and Opera’s many browsing innovations including Opera Link, Turbo and Speed Dial.

Check back Wednesday for my take on Opera Mini 6 and 4.3.