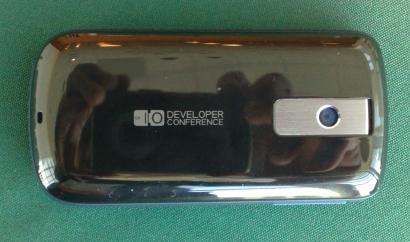 I just got back from the first day of Google I/O. What an exciting day for mobile web advocates like me. In the keynote CEO Eric Schmidt and Vice President of Developer Platforms Vic Gundotra said “mobile” so many times I lost count.  There were some significant announcements and Schmidt promises even bigger ones tomorrow.  From the keynote to the “After Hours” party, it was a long day.  I’ve only had time to write up a few highlights but will post more tomorrow.

A major  theme of the keynote was Google’s belief that the future is mobile and it will be web based.  That’s right, forget mobile apps, the next wave of mobile innovation will be web apps based on the new features of HTML5 like offline storage and standards based native video and drawing capabilities.  In a press briefing after the keynote Gundotra said that mobile apps are needed today because browsers are immature. Google’s vision is that eventually everything except a few specialized applications will be services in the “cloud” accessed through the browser.

Google Web Elements: This is a new product available now.  Google Web Elements let you incorporate Google products including Maps, News, Calendar, Spreadsheet, Friend Connect and a Conversation widget into you website or blog by simply pasting in a JavaScript snippet.  Gundotra likened it to embedding a YouTube video or AdSense code.  More information is available at www.google.com/webelements.

Java Language Support in App Engine: Previously a closed Beta, Java language support in the App Engine is now available to all developers.

Android Developer Challenge 2: The second phase of the Android Developer Challenge was announced. Soon developers can submit applications in 10 different categories to compete for 30 cash prizes of $25,000 to $250,000.  This time Android users will participate in the judging using an on-phone judging application. To encourage developer participation Android devices will be given away at selected developer events. Details at code.google.com/android/adc/ 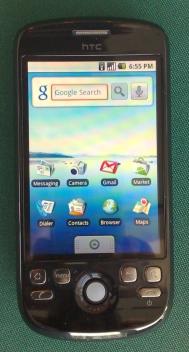 At the end of the keynote, Gundotra announced to wild applause that every one of the over 4000 attendees at the event would receive an Android phone and 30 days of voice and data service.

In final session of the day, a round table discussion with a group of Android developers, I picked up some interesting bits of news:

The phones the attendees got are branded with the Google I/O logo on the back and on the initial boot up screen.  I took a couple of photos of mine which are attached. The phones seem to be physically identical to the T-Mobile Magic released in the UK recently but not yet available in the US.  They are developer phones and are unlocked and have a boot loader that allows them to be flashed with any firmware.  Each phone came with an activated T-Mobile USA SIM with 30 days of unlimited data, 2000 voice minutes and 2500 text messages.  I’ve just started playing with mine but so far I’m very impressed with it.

Update: Google has posted a video of the keynote on YouTube