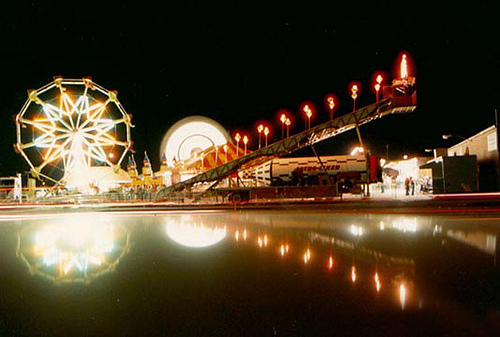 You hear the word “super” a lot in the US this week. An hour ago the professional football Superbowl wrapped up with an upset victory by the New York Giants. This Tuesday is Super Tuesday, when 24 states will hold presidential primary elections. A strong Super Tuesday showing by any of the candidates could assure their nomination. In keeping with the super theme I present for your enjoyment the Super Carnival of the Mobilists #109, 12 posts representing the best recent writing on mobile topics:

First off is Andreas Bossard, who is a time traveler! On his blog News of the Future, Andreas writes from a unique vantage point, 18 months from today. His latest post, August 22 ,2009 Cellphone-Battle on the schoolyard, reports on a multiuser mobile game that will be all the rage the middle of next year.

At Next Generation Mobile Content, Ofir Leitner takes a look at MIDs (Mobile Internet Devices), a new form factor for connected mobile terminals, bigger than a phone, much smaller and lighter than a laptop.

Over at Taptology, Vero ponders the concept of cellphone “sommeliers“, officially licensed consultants who will help Japanese consumers make the most of advanced features on their phones.

Karen Webster at The Catalyst Code reports from last week’s Mobile Web USA conference where the hottest topic was what an open mobile infrastructure will actually mean for operators and users.

Suppose They Fixed the Web Browser, Then What? is the provocative question posed by Antoine RJ Wright. Better mobile browsers are coming, must the web change to take advantage of them?

On his blog at Nellymoser.com, John Puterbaugh has launched a series on cross platform mobile application development and deployment. In the first post, John defines five software layers that exist between hardware and user and looks at the main players at each level from Symbian and Linux up through Flash and Ajax to Celltop and Widsets.

At Little Springs Design, Barbara Ballard gives us a professional overview of the various disciplines that make up the field of user experience design. If you are curious about the meaning of terms like “interaction design”, “usability”, “human factors” and “user interface design” this post is a great place to start.

Mirko Corli at TastoDestro looks at recent efforts to enhance the ability to blog from your handset and says that they are missing the point.

Paul Lamb’s item at Smart Mobs reports that MTV will be covering the Super Tuesday US presidential primary elections with an army of citizen journalists using Nokia N95’s to post live mobile to video reports from campaign offices and polling places around the country. The videos will be streamed live all day long at mtv.com and chooseorlose.com and select videos will air on MTV.

OpenGarden‘s Ajit Jaokar looks at IMS (IP Multimedia Subsystem), a standard for delivering content over 3G. Ajit analyzes why IMS has failed to take off and identifies several areas where the technology holds promise for the future.

Paul Rupert at Mobile Point View compares the number of iPhones sold with those in use on Apple’s official network partners and finds a big gap. Paul speculates where the missing phones went and what it’s costing Apple.

WapReview‘s contribution explains how to use the hidden tabbed browsing feature of Nokia’s WebKit browser.

There were a lot of great posts, making it hard to pick a Post of the Week. It was close but I’m going to give the honors to John Puterbaugh’s Of Trolls and Droids: on cross-species development and the evolution of mobile tools and platforms. It’s a great overview of the mobile software landscape. I’m looking forward to the rest of the series.

5 thoughts on “Super Carnival of the Mobilists”