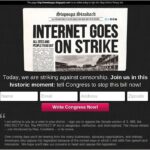 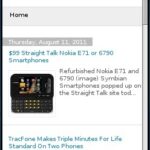 I covered Google Blogger’s Beta mobile page templates in depth when they were rolled out last January.  They work well and look great and go a long way toward making the often unruly Blogger sites usable with a mobile browser.  At that time I lamented that the only iPhones and bada and Android devices were detected and served the mobile formatted pages. You can force Blogger to use the mobile template by appending ?m=1 to the end of the URL of any page … Continue reading → 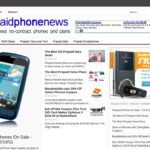 I’ve launched a new blog, prepaidphonenews.com, covering the US pay as you go mobile industry from a user’s perspective. The site grew out of a series of posts I wrote on WapReview that compared the various operator and MVNO prepaid offerings for both voice/SMS only and data users. Those posts have consistently been among the most popular on Wapreview so I decided to spin the prepaid coverage off to a dedicated site. Prepaid Phone News is also an experiment in … Continue reading → 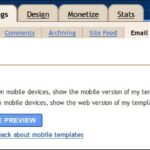 Google’s Blogger is the largest blogging platform by far, hosting over 40 million individual blogs. While famous for the many spam blogs or “splogs” it hosts, the free service is also used by millions of legitimate bloggers including some well know ones like Google Operating System, PostSecret, the law blog Althouse and Michael Mace’s Mobile Opportunity.  It’s even used for some big corporate blogs like the official Twitter and Alexa blogs and all of Google own blogs such as the … Continue reading →