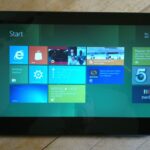 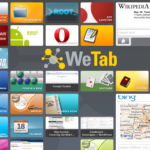 The WeTab is a MeeGo tablet from Munich based  4tiitoo AG. The tablet’s hardware is similar to the ExoPC MeeGo tablet that I got at an Intel developer event recently.  Both tablets are manufactured by Pegatron, a division of ASUS. The only hardware differences are that the WeTab has less RAM (1GB vs 2GB) and a smaller solid state drive (choice of 16 GB or 32 GB vs 64 GB) and the fact that the WeTab can optionally have a 3G … Continue reading → 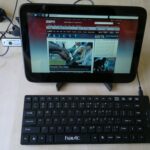 Intel was giving away ExoPC MeeGo tablets to interested developers at AppNation last week and they were nice enough to give me one. I’ve been playing with it off and on for the last week and wanted to share my impressions as someone who is just getting started with MeeGo. Disclaimer: I’m not a MeeGo developer or Linux Guru. I have done a bit of Web and Wintel app development.  My only Linux experience is using Ubuntu as my main … Continue reading →

I attended an Intel AppUp Application Lab at APPNATION in San Francisco today.  The two hour event was targeted at current and potential MeeGo app developers. At the end of the presentation Intel gave every attendee with an Intel Atom powered ExoPC Slate tablet capable of running MeeGo or Windows. AppUp Scott Crabtree from Intel developer relations introduced AppUp which is Intel’s app store. Scott pitched  AppUp as a ground floor opportunity for developers who missed getting in on the iPhone … Continue reading →