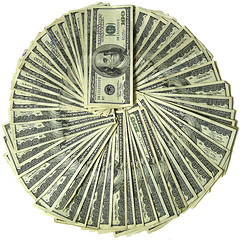 Photo: Some rights reserved by AMagill

One of the recurring themes at this week’s Mobile 2.0 conference was how exactly do you make money in mobile? It was the topic of a couple of panels but no clear answer emerged. In talking with other attendees during breaks I found a fairly high level of frustration about revenue opportunities in mobile. It’s not easy for free lance  app developers and mobile web publishers to make a living from their work.

Most of the success stories seem to be with iPhone apps. With a block buster iPhone game like “Angry Birds“, which has sold over four million copies, you can do quite well even with the ubiquitous $0.99 App store pricing. As can a high quality app, especially one that fills an enterprise need, like iTeleport, a $25 iPhone/iPad app for remotely controlling Windows and Apple PCs that generates over a million dollars in annual revenues.

But those results are atypical. Tomi Ahonen crunched the numbers and calculated the the average iPhone paid app or game returns a mere $682 per year to its developer. It’s worse on Android where paid apps are only available in 13 countries. Android apps tend to be offered as a free ad-supported version with a paid upgrade that removes the ads and includes an additional feature or two. Mobile web publishers generally rely on mobile advertising as well.

To make any decent amount of money with mobile advertising you need volume, a whole lot of volume. Cost per click (CPC), the average payout to the publisher when a user clicks on a mobile ad, is about 4 cents in the US. Click Through Rate (CTR) for mobile ads varies widely but most reports, including these from Mobiclix and Chitika,put it at well under 1%. Assuming that you are lucky enough to get a 1% CTR you need about a quarter of a million daily ad impressions or 7.5 million ad impressions per month to make $100 a day! And that’s assuming a 100% fill rate. However, Smaato reports that the average mobile ad fill rate last month was a mere 21% worldwide and only slightly better in the US and Europe at 29% and 30% respectively.  So at the average fill rate, you would need 37 million monthly impressions to earn $100 day.  As mobile sites and apps typically only carry one or two adds per page so that equates to at least 18 million monthly page views.

Why is it so hard to make money with mobile advertising?  The biggest problem is inventory. There simply aren’t enough ads to go around.  That’s reflected by the low fill rate, which in turn makes in a buyer’s market and drives down CPC.  Ad agencies don’t seem to “get” mobile.  They either don’t consider it at all or don’t  find mobile ad formats, typically static banners or text links very compelling.

So what’s the answer? Possibly something like Apple’s iAd.  With it’s rich content and interactivity, iAd is generating a lot of buzz in the advertising industry.  Hopefully this will get the agencies thinking about mobile and also lead to the development of similar rich formats for other mobile platforms.

Participants in  Mobile 2.0’s panel on mobile advertising suggested that  Cost Per Action (CPA) ads like affiliate ads where the publisher gets a commission for sales made through the ad or ads for local merchants with  a click to call number were formats that would be a good fit for mobile.  Video ads are another possibility provided that don’t interfere with the user’s content experience.

Mobile is growing at an astounding pace.  In Japan, where personal income is high, fixed broadband cheap and mobile data pricey, mobile page views last year surpassed desktop web pages views. And in some markets mobile advertising seems to be doing better than in the US.  Smaato CEO Ragnar Kruse noted that CPC in mobile obsessed Indonesia at is as high as in the US.  Considering that the average purchasing power of a US resident is 11 times that of the average Indonesian, agencies targeting Indonesia appear to value mobile clicks much more highly than  their US counterparts. Maybe someday the rest of the world will catch up with Indonesia in CPC relative to purchasing power.  If US CPC were to rise eleven times that would put on par with the average $0.50 CPC for a desktop web ad. I think we are a long way from seeing that however. AT&T Interactive’s Michael Rubin predicted that mobile CPC will in fact rise, but not until 2012.

My own mobile advertising advice is to run A-B tests with different ad networks and ad placements.  I recently trialled five  networks on 3 different mobile sites and  saw widely varying performance between networks in both fill rate and CPM.  On all three sites, the best network paid five to six times as well as the worst. There was no one best network either, a different one did  best on each site. The best network on one site was actually the worst on the other two. Also, in my experience ad network performance is cyclical, this month’s best network may be next months worse. To deal with that I re-run my A-B tests for a couple of days every month or so to be sure I’m using the most effective network for each site.  If that sounds like too much trouble, consider using an advertising aggregator like Smaato, which automates the process and tries to deliver  the best paying ad for a given request from over 50 ad networks.  Of course aggregators take a cut of your earnings.  I’ve experimented with aggregators and believe that I do better with manually picking and choosing ad networks based on testing.

One thought on “Making Money In Mobile – Issues and Strategy”